I hate spiders. I really do. I mean, I know they do awesome things in regards to controlling the bug population, but I just cannot get myself to be able to appreciate them. Maybe it's because my dad let me watch "Arachnaphobia" at too young of an age(meaning, EVER), but I can't be anything but horrified by them.

Although, recently I became fascinated by this huge(Ok, maybe not in the grand scheme of things, but still huge to ME) spider which has taken up residence on our front door. 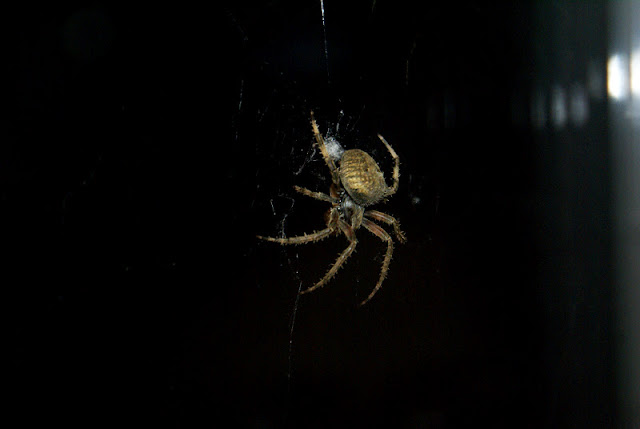 Every night he/she would suddenly appear with a huge, fascinating web that spanned the entire top half of our door, which is mostly glass, so we would sit on the porch and watch the little bugger catch other creepy crawlies, quickly biting them then giving them a brief wrap so as  to prevent them from falling from the web. 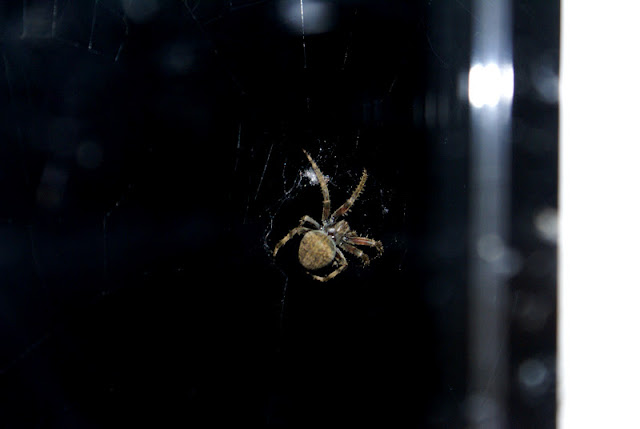 We discovered that if we left our lights on, the spider's bounty quickly multiplied. At one point it captured over thirty or forty bugs in just under an hour! Talk about pest control! I can definitely appreciate THAT. 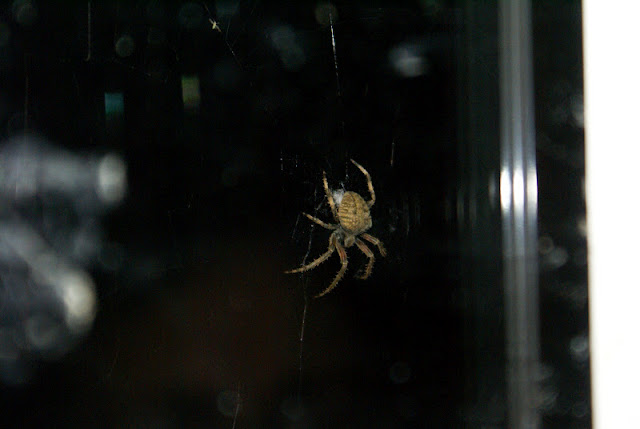 But in the morning, all evidence of the big butt(don't lie, you know it is true), the web, and all of the prey it had killed would be gone.

This went on for a couple of days before The Husband noticed that the spider was hanging out in a corner of the door, during the day. Yesterday he noticed two things-that the spider had captured a cicada on the door frame, and that it also appeared to be dead. 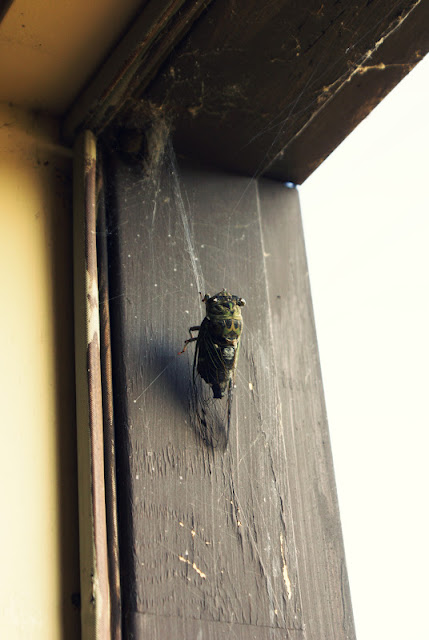 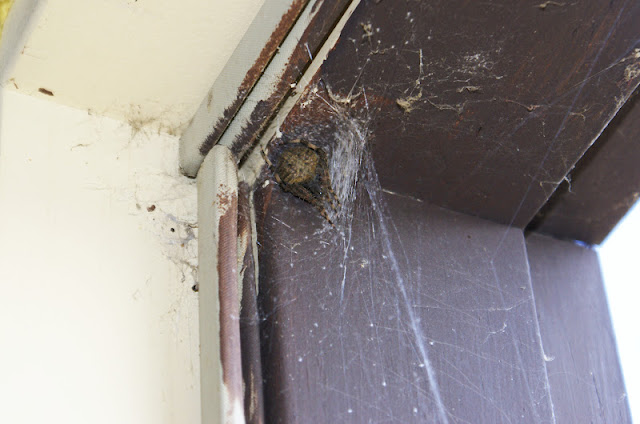 I'm not exactly sure what happened to our spidertainment, and I actually feel a little sorry(kinda? maybe? sorta?) but I sure do hope he/she wasn't isndeed a she that left behind a gaggle of creepies just waiting to hatch and take over my porch.

I can literally feel the horror crawling up my skin.

Or maybe the offspring are here already...

*shudders*
Posted by Brandy Cupcakes at 9:48 AM