Things That Make Me Smile-Wednesday March 16, 2016

Yesterday we went for a drive by the river and saw this badass goose with only one leg. 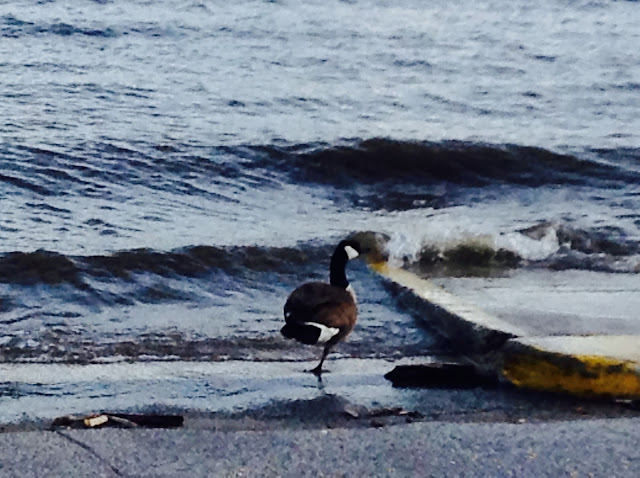 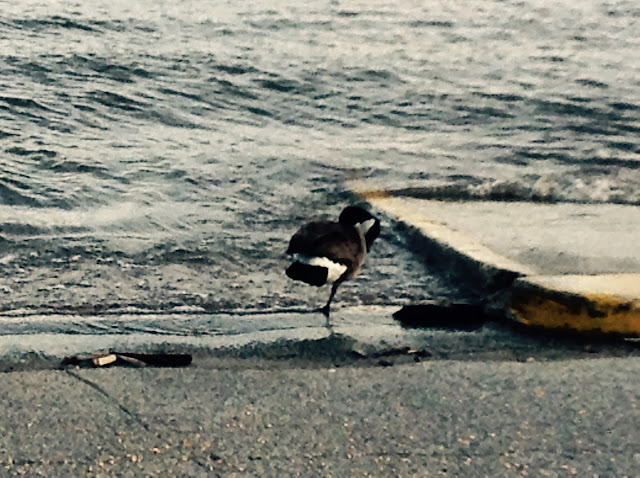 Pretty sure that if I was a one legged goose, I'd be sitting on my bum all the time, moping about my absent appendage. But not this guy. He's all like, ""I'm gonna stand here, on my one leg, yogi goose style, and seemingly defy gravity by holding my round bobber body up with my one stick leg, because I'm a total badass. Go ahead and stare human. I know you're impressed. You whiny loser. Go take a freakin' shower. You stink of weakness and complacency."

I was definitely impressed. Goose has got game.

Across the street from the goose was this- 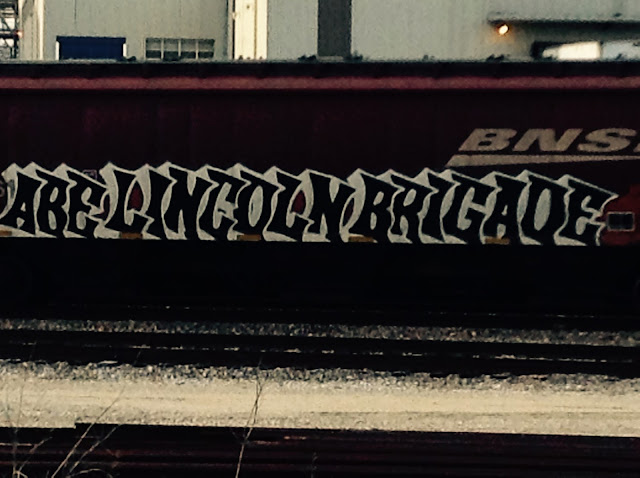 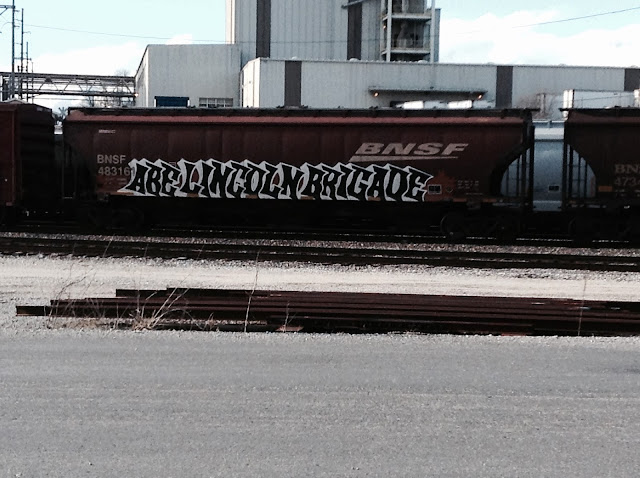 I laughed when I saw it, because we see a hefty amount of train car graffiti which is mostly comprised of totally silly, sloppy work, and this seemed like a nerdy attempt at sounding ironic. Like hipster graffiti.

But then I googled "Abe Lincoln Brigade" and found out that the Abraham Lincoln Brigade was a thing. Like, a real thing, thing. An actual historical thing.

And suddenly this became the most interesting and intriguing graffiti I have ever seen.

So I did some more research and discovered that, as I had begun to suspect, the "Abe Lincoln Brigade" in this context, is a group of politically motivated graffiti artists. You can see their flickr stream here.

I don't necessarily condone people putting graffiti on objects that don't belong to them. Context is really important, in my opinion. Sometimes doing the wrong thing can be the right thing. I think artist Ai Wei Wei really embodies that concept. He defies his government, however I'm not aware of him really vandalizing things. I don't want to get too political, but I do feel like people who spray paint things that don't belong to them often alienate people they could be reaching out to.

I guess this is the part where I inject my own personal anecdote. When I was a teen, I received my first big commission-to paint a mural on the side of a local restaurant. I was a couple days into the project, painting and sweating buckets in hot summer sun, when I received a call one morning, to inform me that a couple of my high school class mates had drunkenly celebrated a birthday and tagged my wall with all sorts of stupid and offensive crap images and words. The owner of the pizza place was thoroughly upset by the experience. He had been trying to do something unique and happiness inducing for the tiny little community and really felt like he had been crapped on. His enthusiasm for the project was completely killed and he called the project off. I never got to finish my mural, and I never got paid for any of the work I did do.

I've known quite a few people who have tagged things. It was usually done on a selfish dare or a whim, without any thought as to who the tag might affect. I can't get behind that kind of work.

I often find myself wondering how those who tag the property of others would react if their property was tagged...

I will say this though-I was reminded of the power of art by this particular train piece. Because what started out as a seemingly silly tag, turned into an unexpected history lesson and a short education on the politics of freight train art and the history of a specific group of artists. And personally, I live for those types of completely unexpected experiences. I'm a big fan of that which expands the mind.


Posted by Brandy Cupcakes at 8:49 AM