The Concerned Vintage Doll Thinks, "Your Parents Are Voting For WHO?!"

That is the title of my newest little piece. I've been completely fatigued by swollen lymph nodes the past few days, so I haven't done much more than lay around and do Art History homework, stitch, make lame attempts at sketching and watch TWIN PEAKS for the first time ever.

Yeah, I know, I am the most exciting person you know. And eternally late to the party.

So anyway, what I'm trying to say is, that I finished a piece and here is the photographic evidence.

Pardon the crappy iPod photos, but in my current state of yucky being, that's all you're getting.

I say that in the most un-grumpy, sweetest and mostest loving way possible... 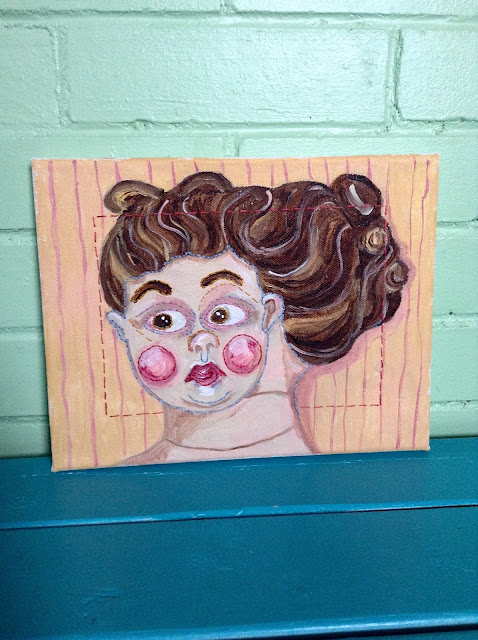 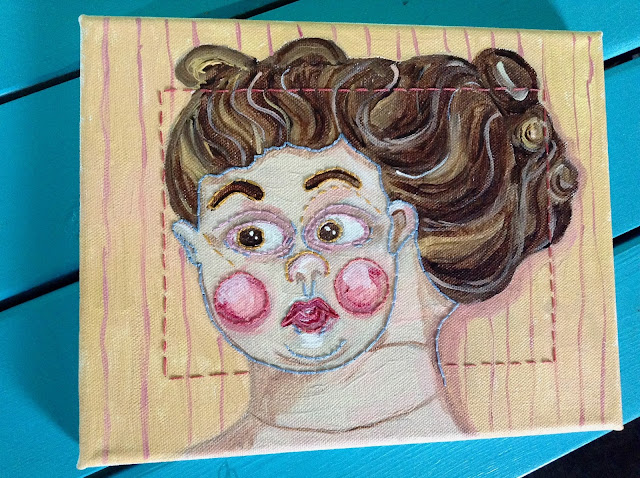 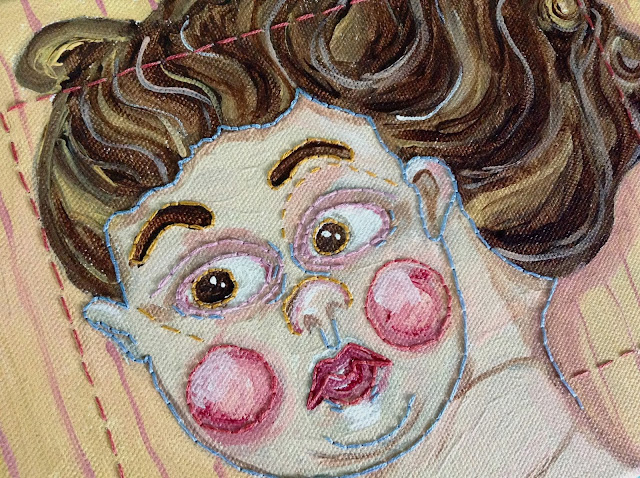 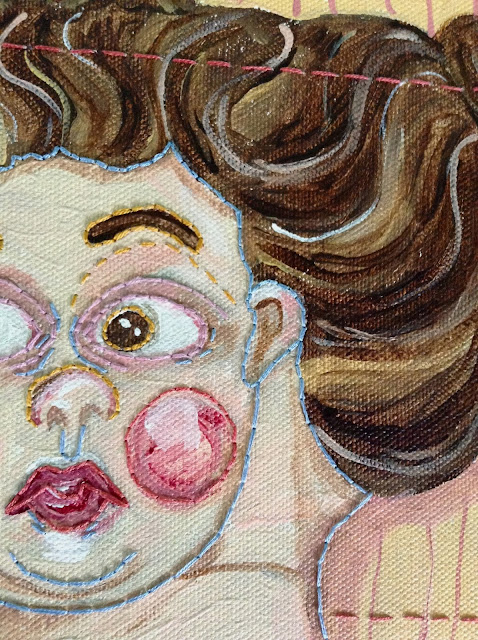 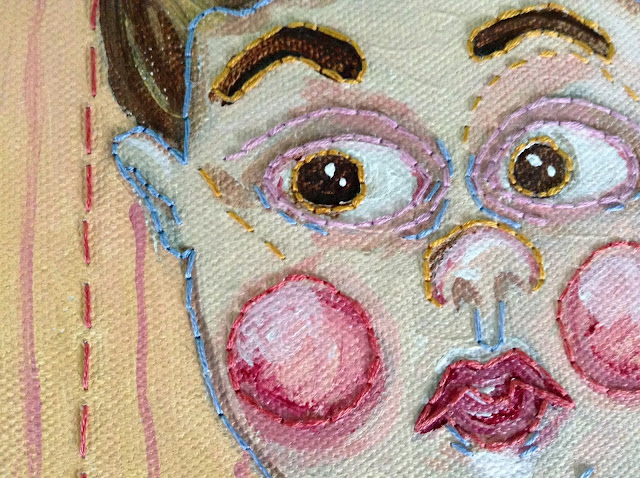 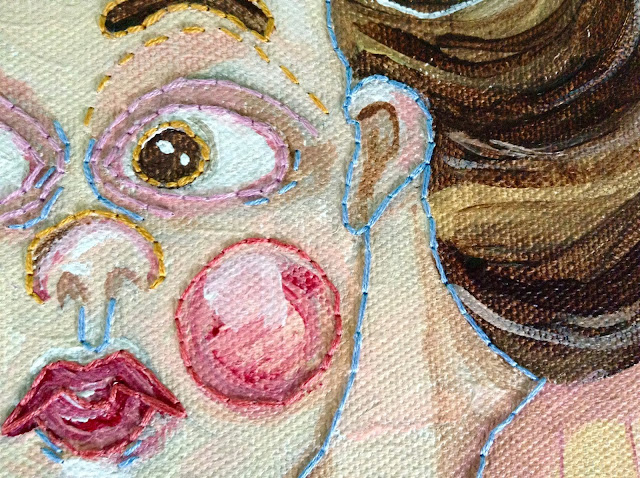 I know you're wondering and wanting to ask me, "Why stitch the face of a painted portrait? Stitch it or paint it-ok, but why do both?"

The answer: Why did the aliens build the pyramids? Why does ice cream go so well with Chinese food? Why is Dean Winchester so appealing, even when he's being a demon possessed douche?

What I can tell you, is that this piece was inspired by a little vinyl doll I picked up at a thrift store, that the cashier and I dated to about the 1950's. She had gorgeous swirled vinyl hair, perfect little lips and these permanently surprised, little bright white eyes.

I'd post a photo of her, but then I'd have people saying, "She doesn't look like that. You got 'such and such' wrong." Which would detract from the point of the piece.

When I purchase old things, I think a lot about what those pieces have "seen" and "heard" in their lifetimes. I know kids these days tend to get bored and throw toys away quickly, but this doll, back in her prime, was probably savored by a child before being passed on to another generation to love. My boy took this dolly immediately and claimed her for his own. He didn't care that she was his older than his maternal grandparents are. And that got me thinking about what this toy would say about the state of the world if she could speak. Or how she'd feel, in her flesh hued, embossed on Mary Jane shoes, bloomers and tank top, sitting next to my daughter's overly sexualized, impossibly high heeled Monster High dolls, or her animal-human hybrid, vibrantly hued My Little Pony Equestrian Girls toys.

We are, as citizens of the modern world, constantly bombarded with images that intentionally, and sometimes unintentionally, make us feel "less than". That's what I think is going on in this dolly's head. She's been around for quite sometime, and she knows things(lots of things!), but her thoughts and experiences don't matter, because she's just a used up, dull looking, quiet, chubby little girl. She's kind of shocked by what is considered, and what it takes to BE considered "valuable", in this day and age. And she's kind of shocked by the political candidates that grown ups are willing to vote for in vain or misguided attempts at providing a better world for their children.

Or maybe she just farted and hopes that nobody noticed.

What the heck do I know?