Those of you who were around last year know how pitiful our Advent Calendar was. I was so sick that the best I could do was a series of brown paper lunch bags tied up with red vintage ribbon over the hand rail of our staircase. It was just...sad. And entirely laughable. But it served its purpose and The Kid was delighted none the less.

I had much bigger plans for this year. I was going to sew up a neat Advent Calendar full of pockets, made from unbleached cotton and adorned with some of my line drawings in the form of numbers.

You'll notice I wrote "was".

As is typical of my life of late, I just simply ran out of time. So instead of sewing and stitching and drawing up an heirloom, I went with simple, white paper packets that I used a Sharpie on to denote dates. Then I lined them up on the fireplace mantle where The Kid cannot reach them when left to her own devices. 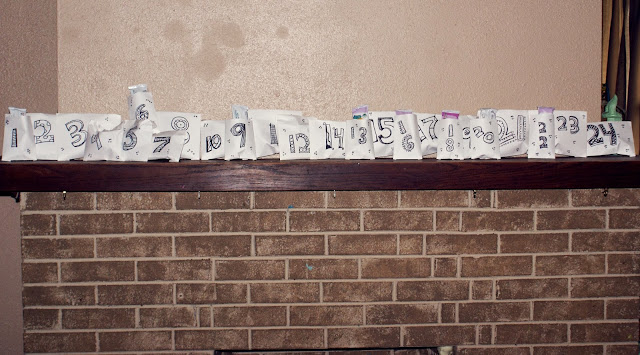 Sidebar-I'm not in love with the paint treatment on our fireplaces. I've debated painting them a warm white, but I'm not totally crazy about that idea either, unless I paint the whole room a warm white so that the fireplaces don't stick out like ore thumbs. I don't really care for white walls though, so that idea is out. I'm currently, leaning towards stripping the paint off and bringing the bricks back down to their original colors, but The Husband thinks that will be too messy and too "pink". The bricks are a mix of pinkish and orangey reds, but I think the mix will add interest.

So what would you do?

Now, back to the topic at hand.

I don't think it is the worst little Advent calendar ever. I quite like the simplicity of it. And of course The Kid loves it. But I do wish I would have had more time to make the one that I envisioned in my head. 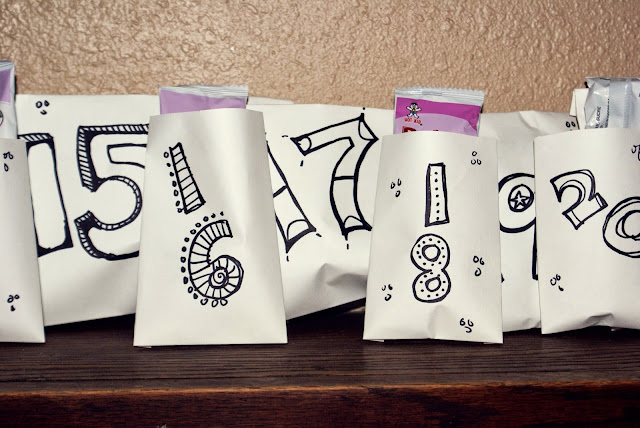 I'm starting to think that if I am ever going to get that heirloom creation crafted, I had better get cracking on it. Like now. 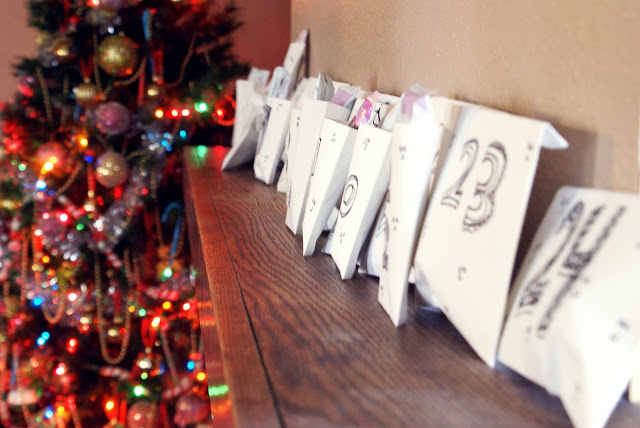 If I get started this year, maybe I'll have it completed by the time the kids give me grandkids, right? 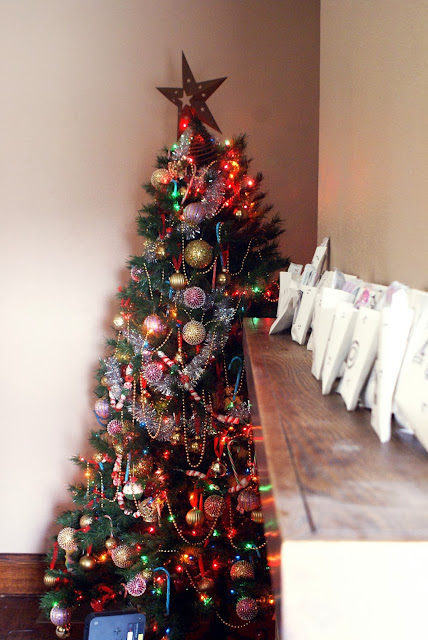 If only I had a twin that I could control. Then more of these projects in my head would be realised.

Fingers crossed that there's a human sized box under the tree with the crooked star on Christmas morning...
Posted by Brandy Cupcakes at 7:15 AM