Remember I said that winter was coming?

I did not realize just how soon it would be here. Or to what capacity. 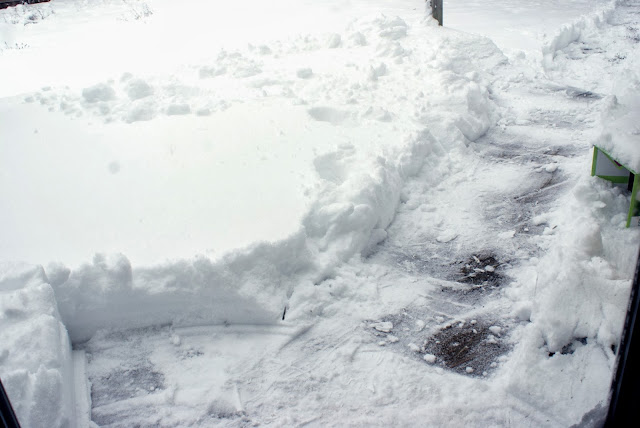 That's our deck. With about a half foot of snow on it. That's not much if you're in Northern Iowa, but for Southern Iowa, where it was in the fifties just a week or two ago, that's a bit. In fact, just the other day I was noting the irony in hearing "It's Beginning To Look A Lot Like Christmas" on the radio while driving through town and seeing green grass. Ha.

This was the first "real"(meaning more than a light dusting that quickly melted away) snow of the season for us.

The first heavy snow, in my opinion, is always the prettiest. And you have to take pictures of it. That's a law. And if it isn't, then it should be.

After that first snow, though, meh. There's so much shoveling, and clothing layers, and wet pant legs, and gloves and hats to lose and then when it warms a tinch you get all that yucky muddy mess. Blarg.

The Kid was so excited about the snow, that even after repeated warnings to NOT play in the snow on the way out to the car, she belly flopped into a pile as soon as the back door of the house opened. I laughed so hard I almost cried. At what age do you go from wanting to belly flop in snow to feeling cold dread at just the thought of it?

I can't recall. I honestly can't. Maybe for me, it was when I realized just how red my cheeks get, how runny my nose becomes and how gross I actually look when it gets cold and wintry.

Yep. That was probably when. 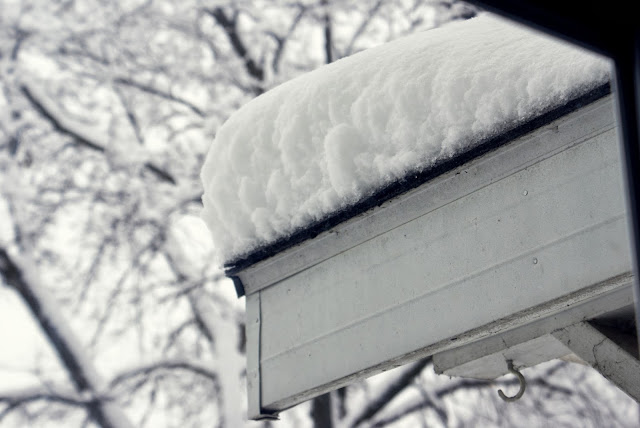 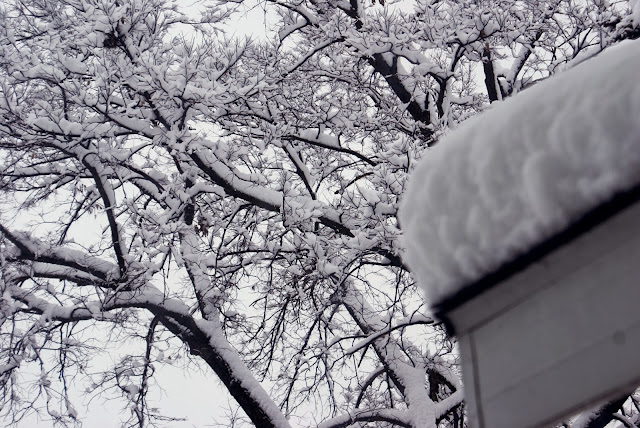 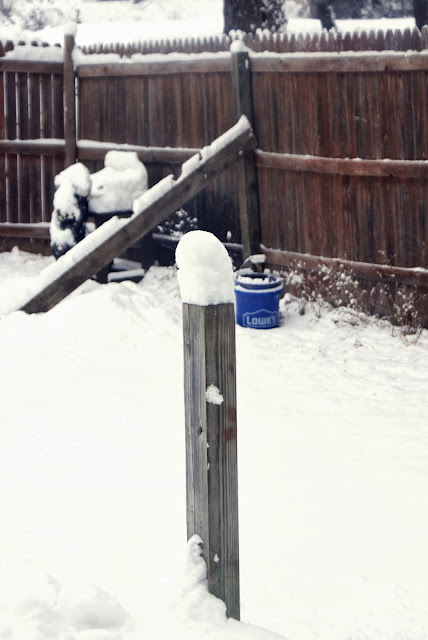 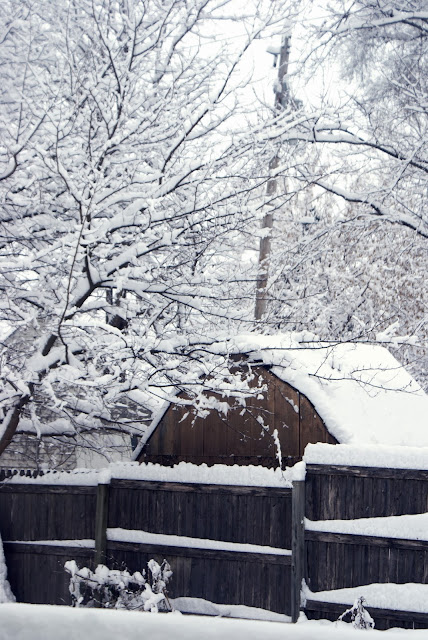 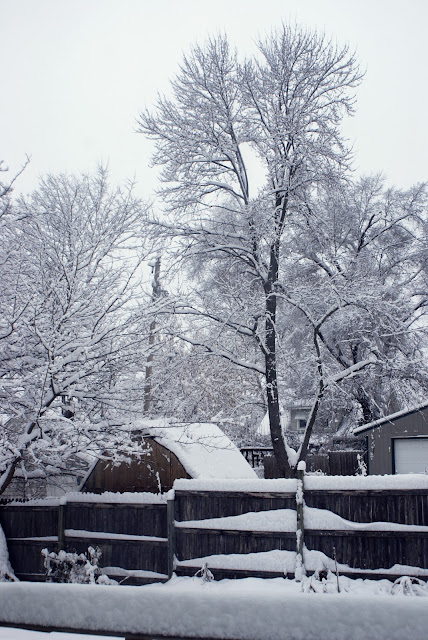 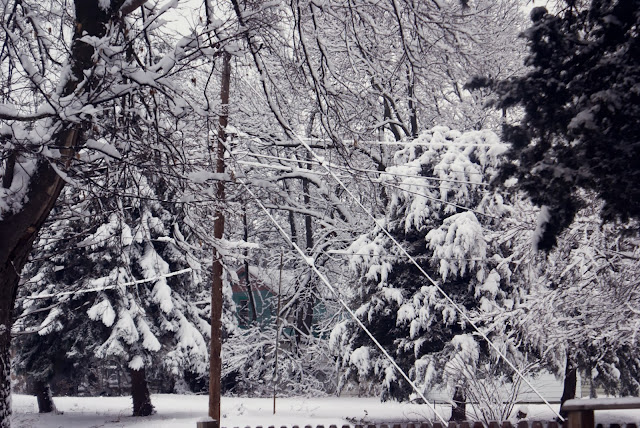 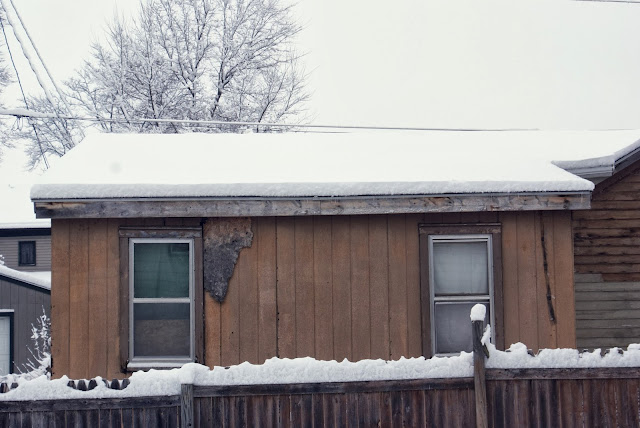 I love how the snow looks like a thick layer of icing or fondant on this uninhabited house's roof. So even and smooth and pretty. I wish I could make such an even coating!

It just so happened that the snow fell the night before What A Load of Craft in Iowa City. I was worried that we would not be able to attend, but we made it up without a hitch. Turns out they had less snow than us. Hooray! 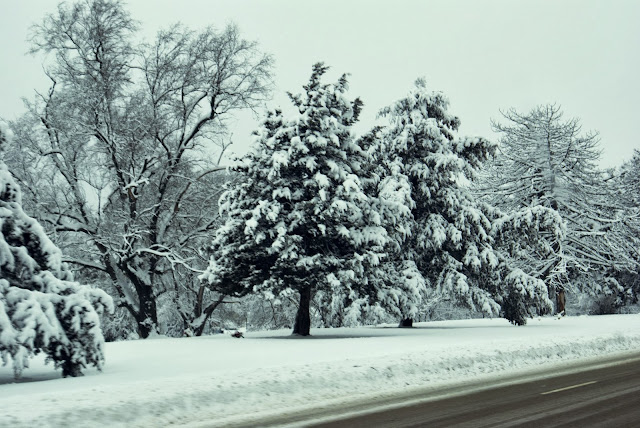 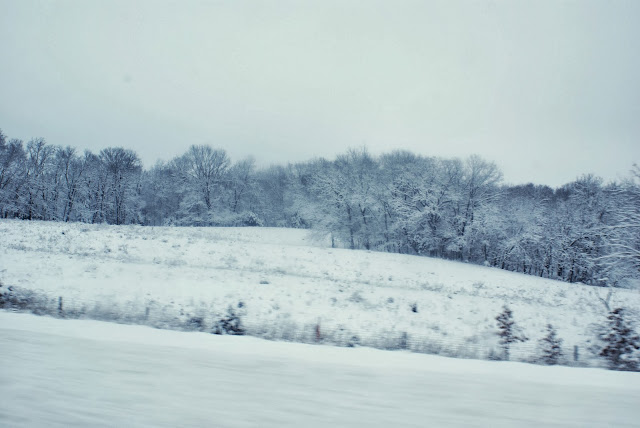 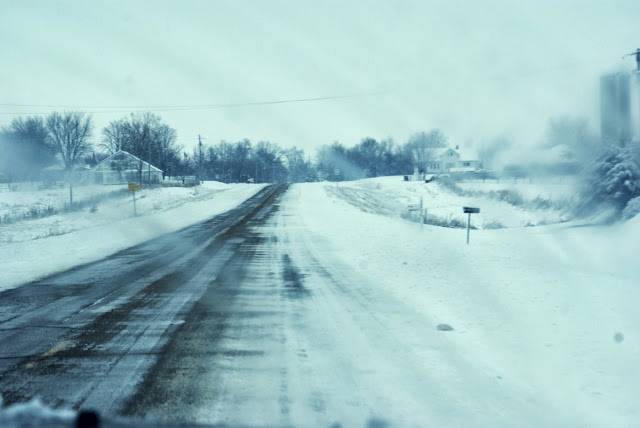 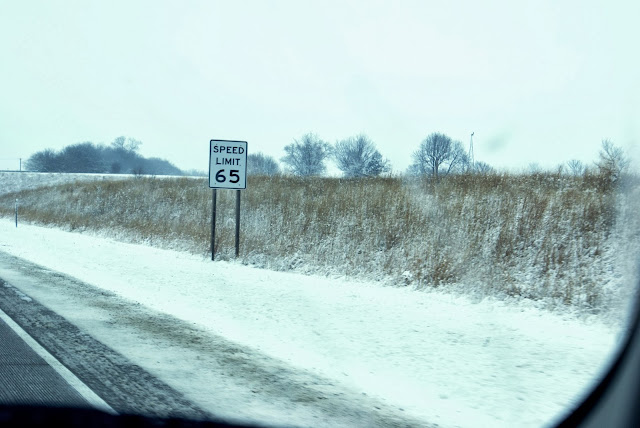 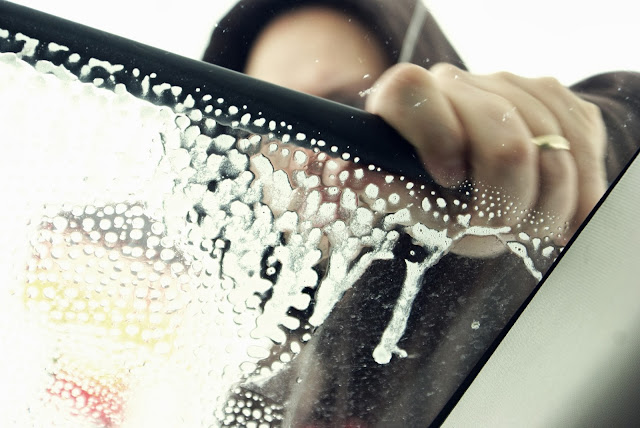 I've noticed that if I occasionally include photos of The Husband, he actually reads this blog. He pretends to be indignant, but I know that he really isn't. I think he actually likes seeing himself on the net. He doesn't have facebook or anything, so he doesn't really have an online presence aside from here. And I think it fascinates him. Because he's an old man who deals little with technology. Heh.

So there you have it. Obligatory first snow photos and a little something to faux provoke The Husband.

Obligatory What A Load Of Craft photos to follow.
Hopefully before the next one happens.
Next year. Heh heh.

Posted by Brandy Cupcakes at 10:50 AM