The Call Of The Wild

I moved  into town, when I graduated high school, to get the heck away from nature and all it's annoying and terrifying creatures. But the funny thing about living in a small town, especially one located along a river, is that you really don't escape nature. In fact, I think I have more troubles and encounters with nature NOW than I ever did when I lived in the COUNTRY!

On our small little 2 lot plot here in town, we have a thriving mole population that makes our yard painful to walk upon because you never know when you are going to sink into a hole and twist your ankle, birds that attack our squirrels and crap all over our vehicles, mice that insist on streaking through my walls in the most silent parts of the night, toads that jump on your bared sandal clad feet when you are walking down the sidewalk at night and all manner of disgusting bugs and creepy crawlies depending on the season.

Right now, near the mighty Mississippi, we are experiencing a really ridiculous invasion of Mayflies. I mean, we get them every year, but they are especially bad this year. I drove home last night and noticed sections of street that were literally black, they were covered in so many of the nasty things. And as vehicles drove by my house, you could hear the very crisp crunching of thousands of Mayfly bodies under each tire. The buggers swarm streetlights, as I hope you can see in this photo. All that dark splotchy stuff on the ground behind the light and whitish specks around the light? Yep. MAYFLIES. 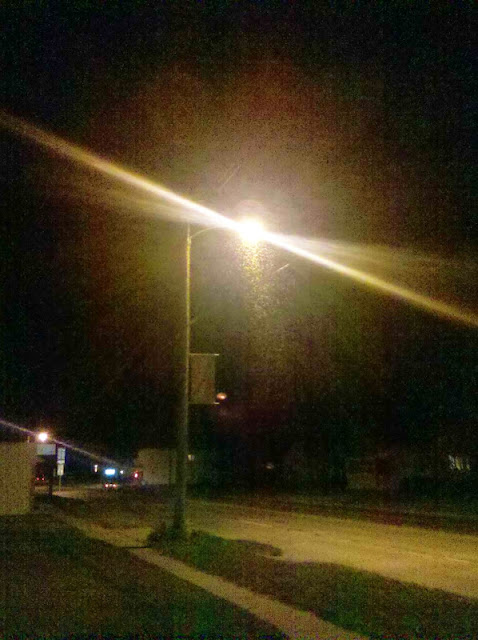 Here are a bunch of them camping out in my neighbors' driveway. 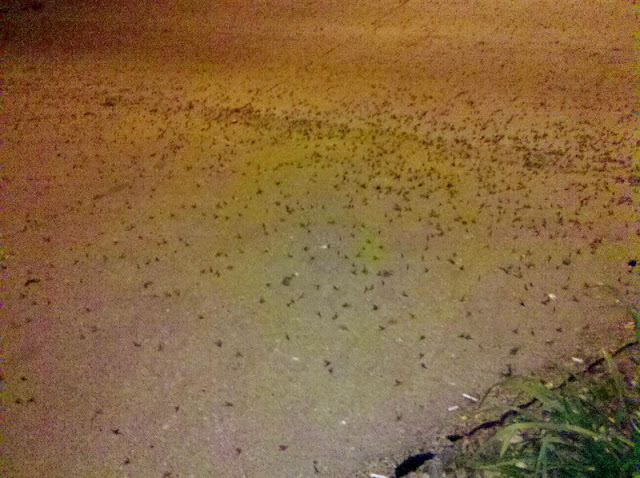 It's bad enough that the horrid things swarm about like a nasty snow storm, but they also smell like dead fish (I do not refer to them as "Mormon Flies" for the record, but I do think the history of where the nickname comes from is worth reading about, as it makes one think about the origins of other phrases they say without really understanding them). They make our whole town reek until they finally all die out. Grossssssss.

But nature isn't all bad.

Today The Kid and I went to visit my parental units, and when we returned home, I turned around in my seat to notice she was sound asleep in her car seat. I just cannot wake her up when she's napping so I decided to wait in the Jeep until she woke up on her own(an hour later).

While waiting I could hear scuffling and thumping on the top of the vehicle, which I correctly attributed to birds. I didn't know what kind of bird until a young bird rolled down my windshield and sat on the corner of my hood eyeballing me. 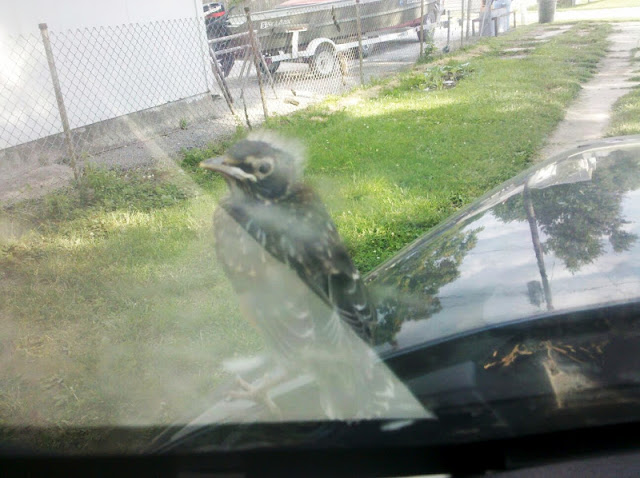 Judging by the fuzz on his little head, I'd say he was just learning to fly.

I braved up and decided to roll down my window and try to snap a better photo of him. 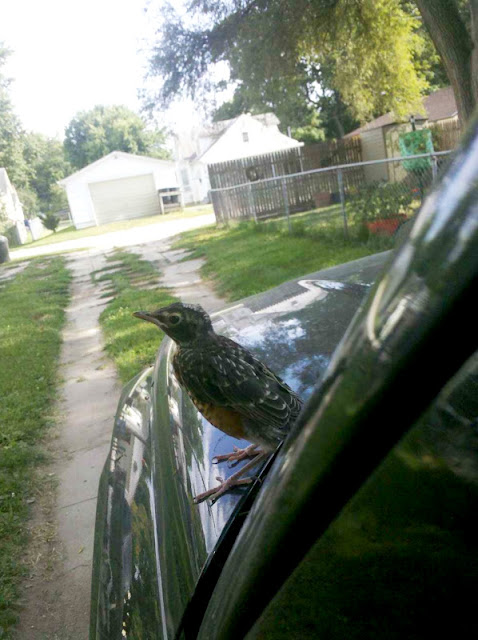 Birds are so commonplace, and yet, it is still always exciting to get up close and personal with one(so long as it isn't chasing you or dive bombing you) for some reason.

Oh and of course we have this guy hanging out inside our house... 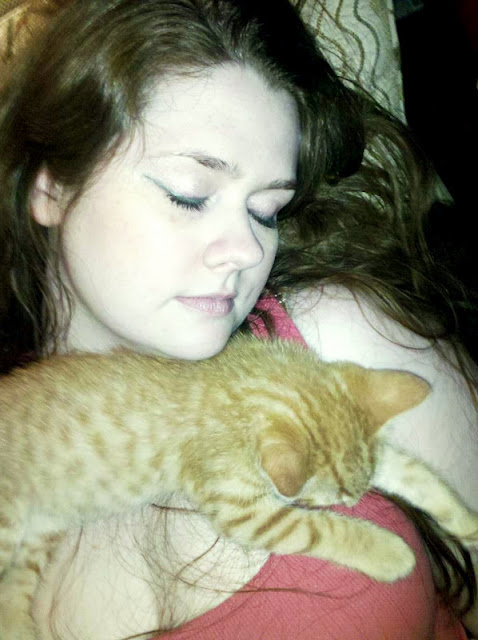 He isn't so bad at all. Aside from attacking all moving legs, papers, fabrics and such that he encounters...


I have to say though, as much as I complain about all the creatures in our area, I also know I am pretty danged lucky to live in a place where things like Huntsman spiders or giant snakes just don't exist.

At least not yet.

And if they ever do, I am heading to Antarctica, buddy, faster than you can say "drop bears"...

Posted by Brandy Cupcakes at 6:56 PM