The Ugliest Birthday Cake In The History Of The World

Sometimes,
despite your best intentions,
a planned project goes anything but as planned.

So it happened this past week that The Husband's birthday cake, which I had intended to be a cute, fall themed cake, turned into the "ugliest birthday cake that took all day to make" in the history of the world. Ever. I'm posting lots of photos so y'all can bask in the full glory of the crap stupid thing. 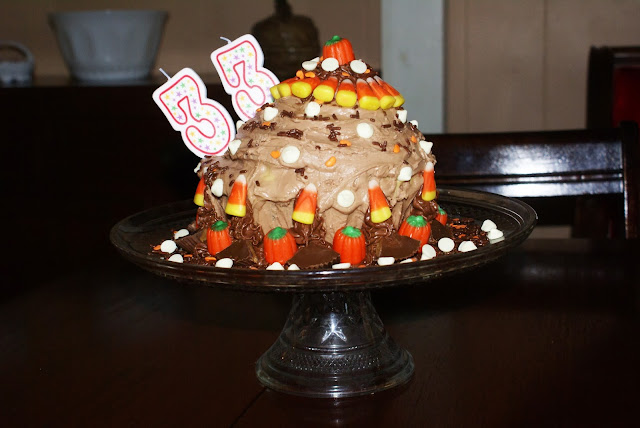 To begin with, Life totally got in the way of my original plan to make the cake ON his birthday, and I made it the next day instead. Which really wasn't a big deal, until The Cupcake Kid became ill the night of his birthday. She had The Husband up every hour for half the night, poor thing. Baby Cakes decided to keep me up every hour as well. Thus cake making day dawned with cranky/sick kids and a dog tired, zombie mommy. 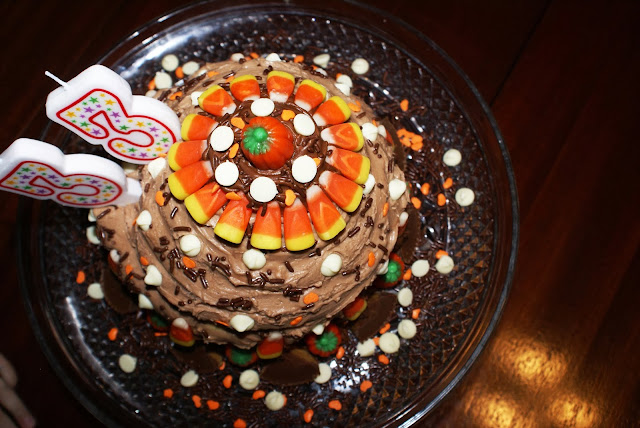 It was all down hill from there. Between naps, a whining baby and a kid who alternated between feverishly weepy and euphorically hyper, I worked on this cake. I was feeling pukey myself and with all that was going on, I had zero ability to concentrate. I used my silicone giant cupcake molds and the base cake burned on the bottom, so I had to cut that part off. The top cake baked with a weird mound in the middle that I had to saw off so it would sit evenly on the base. Only it didn't sit evenly at all. My peanut butter butter cream came out too soft and my coffee butter cream too stiff. I put a tad too much pumpkin pie spice in the chocolate cake batter. I DID NOTHING RIGHT. 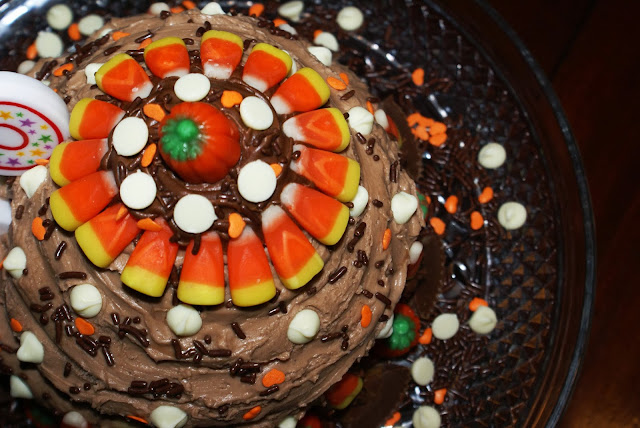 By the time I was ready to decorate, I sat down at the table with bags of candy and sprinkles surrounding me and stared at the lopsided cake with a blank expression. I don't even really remember decorating it. I just remember getting to the end, staring at the stupid thing for a moment, then bursting into tears as the baby fussed and whined in his play crib.

"I decorated a giant turd!" I cried to myself. 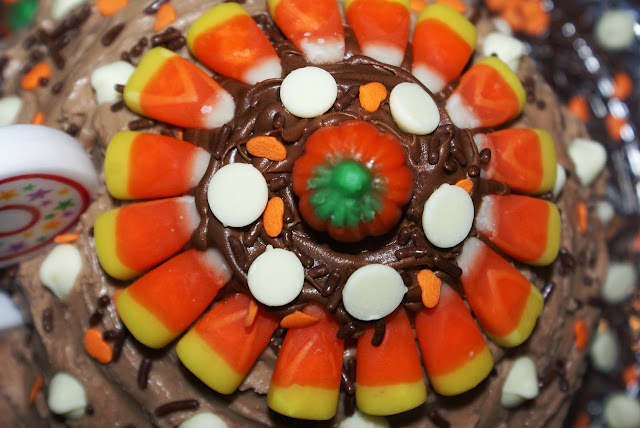 Have I mentioned that I haven't been getting much sleep lately?! And I swear, breastfeeding makes me just as hormonal as pregnancy. It's awful. 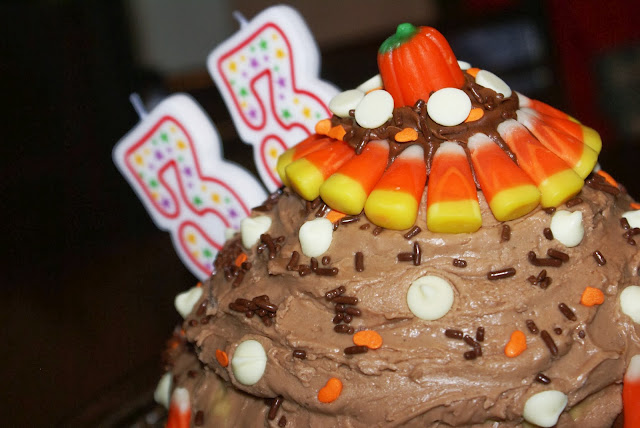 As I sat at the table, disappointed and frustrated and embarrassed by my disappointment and frustration over something so silly, The Kid came breezing into the dining room.

She stared at the cake, then me and exclaimed, "Oh Mommy! Did you do this cake for Daddy?" 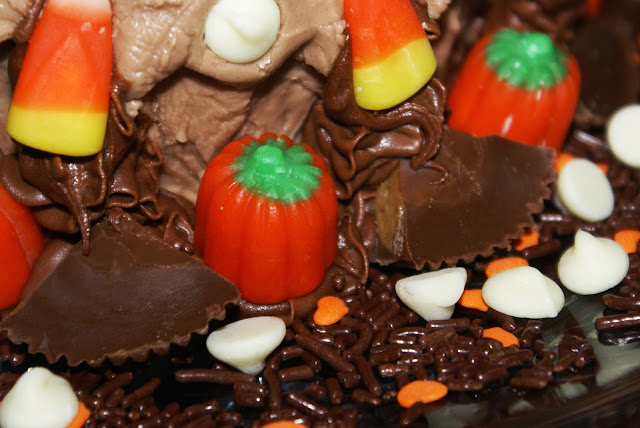 I cocked my head to the side, stared at my child for a moment with a delightfully puzzled expression on my face, then scooped her into a big hug. The world can be such a magical place when you see it through the eyes of a little one. 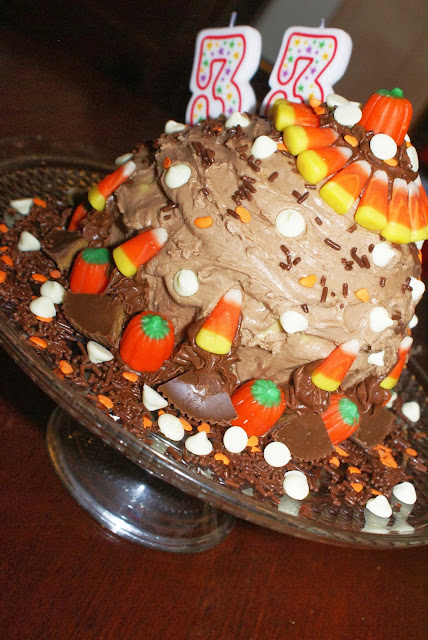 Perspective. It's a game changer people.
Posted by Brandy Cupcakes at 12:00 PM