Printing With Apples And Sweet Potatos

If you follow my facebook page, you know that I was intrigued by an apple printed tote bag that appeared in a Martha Stewart article on kid crafts. We decided to make a bag ourselves, and it was so much fun that we went ahead and shaped a sweet potato into a stamp and made a bunch of wrapping paper too.

It is such an easy project. You just slice an apple in half, paint it and stamp it. You want to use light layers of paint or you'll end up with a globby mess. We actually mixed some glow in the dark paint with our regular paints and ended up with an awesome glow in the dark bag! I did not get pictures of that, though. Darn it. 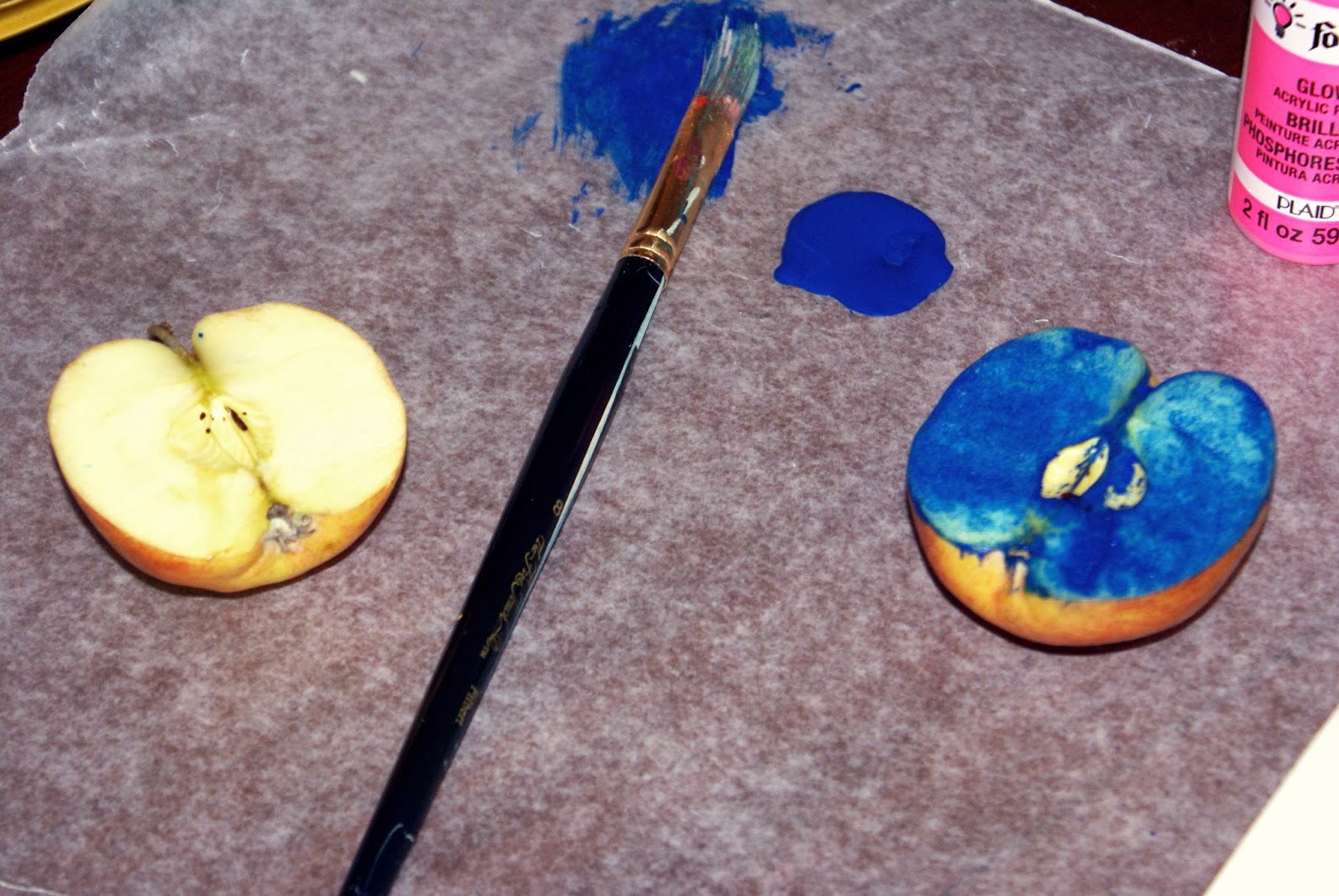 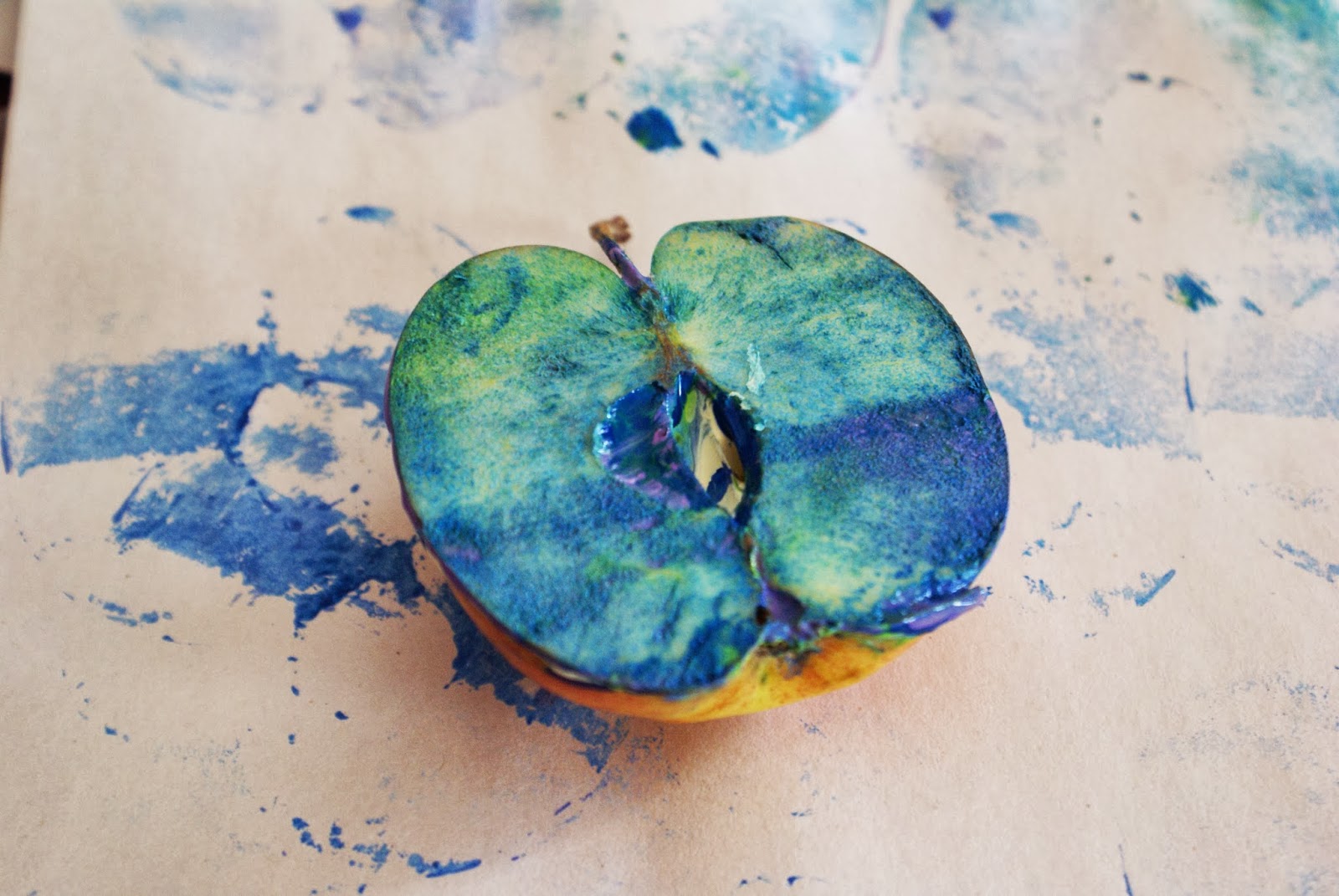 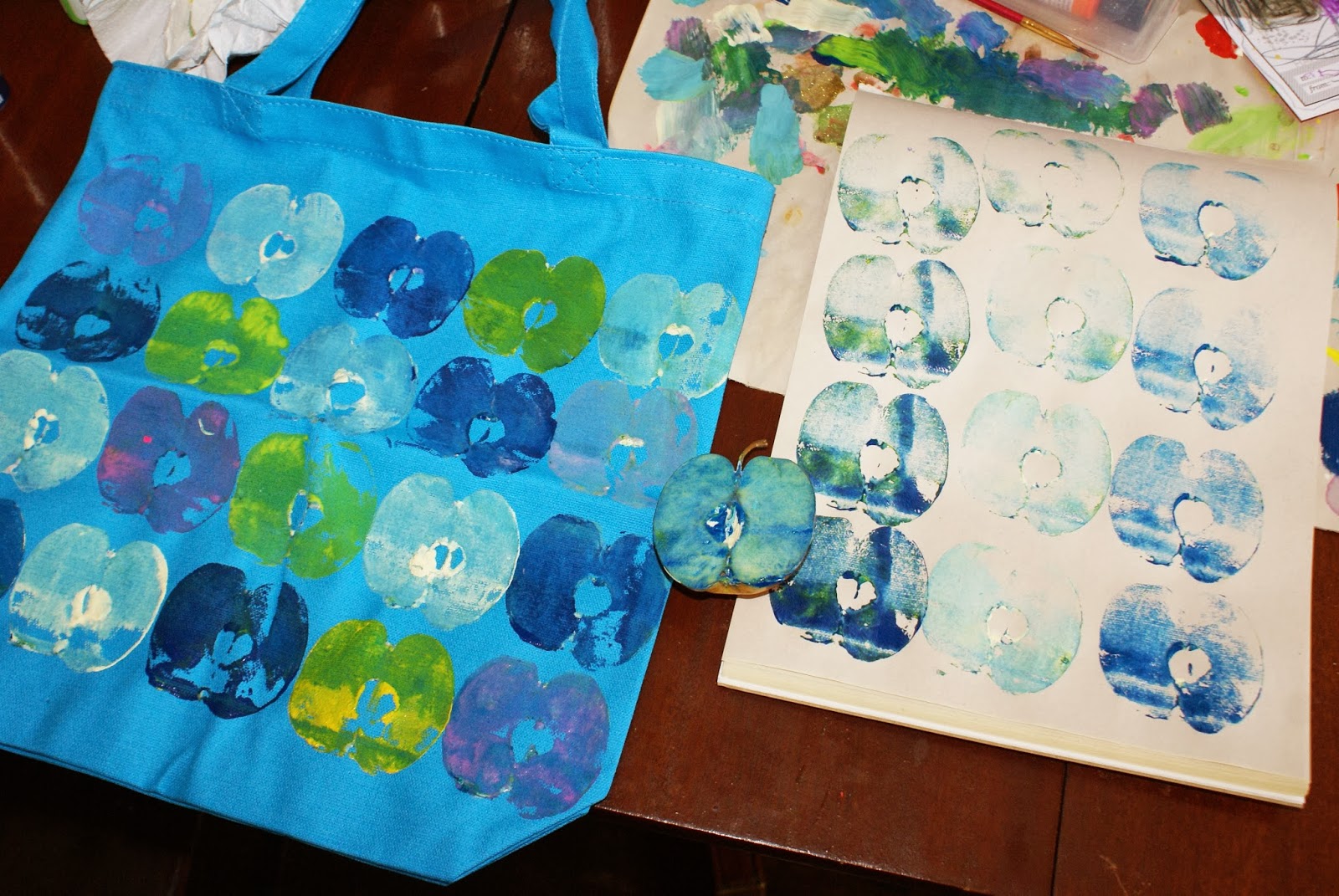 In between stamps on the bag, it is helpful to stamp on blank paper, so you don't get too much buildup on the bag. 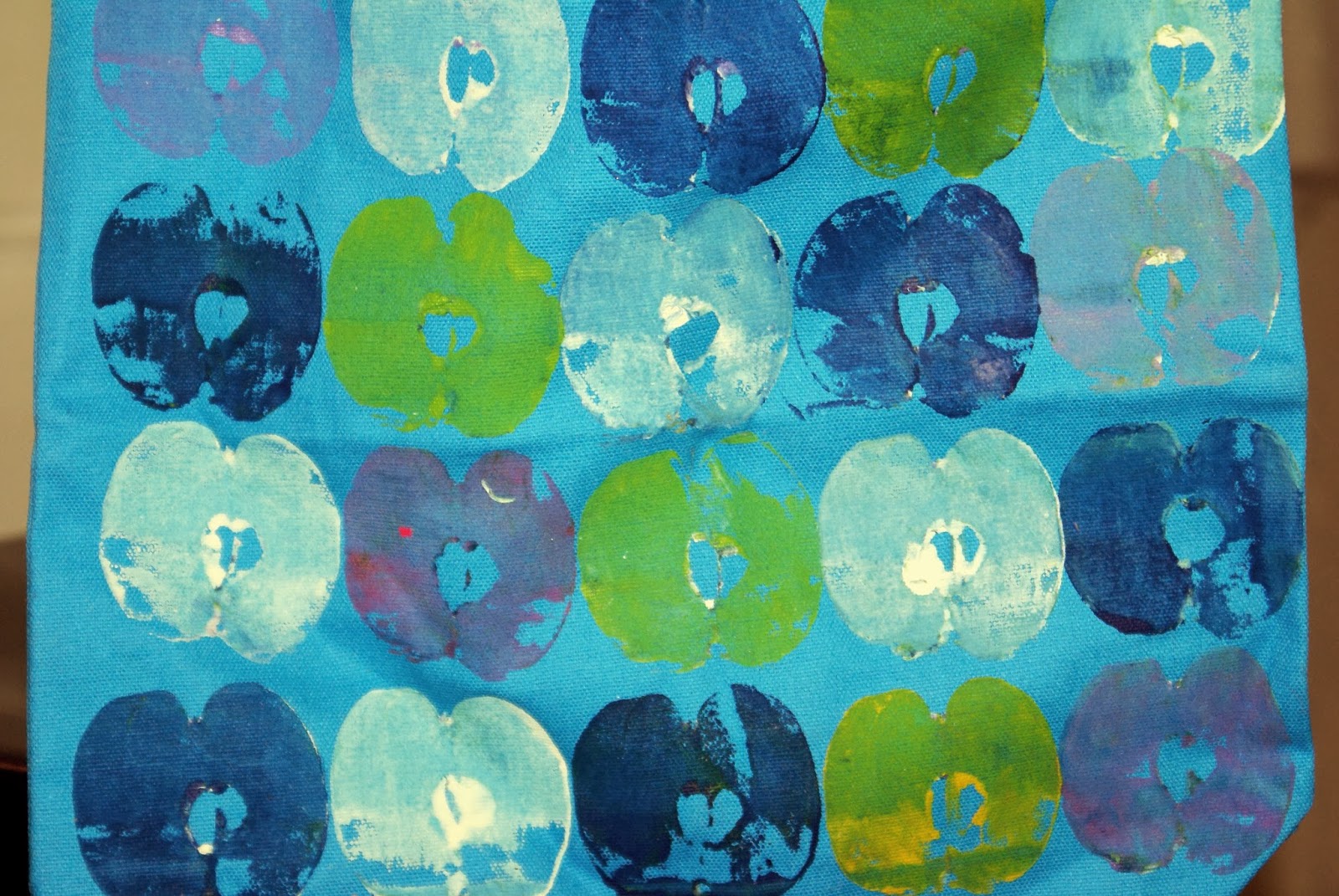 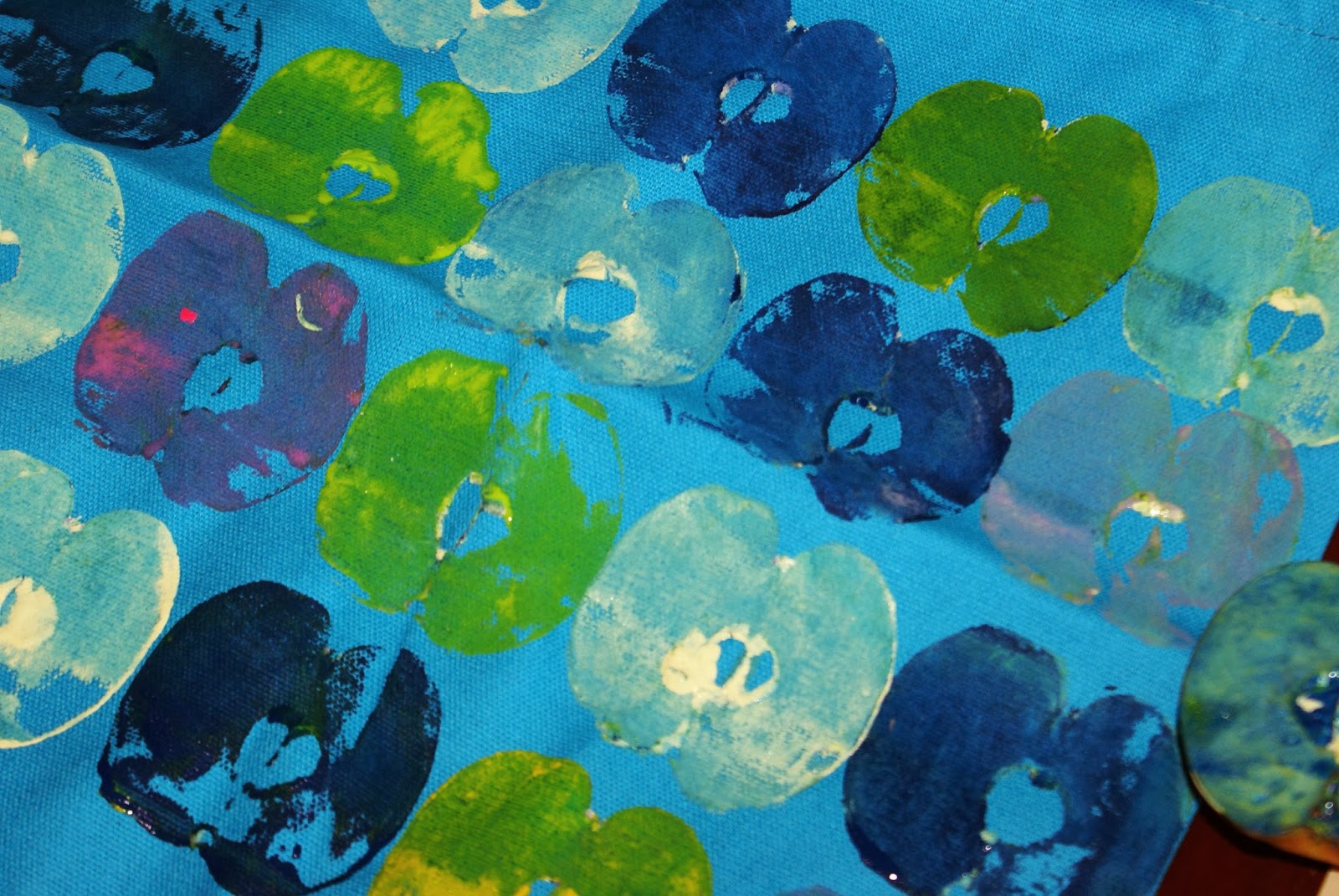 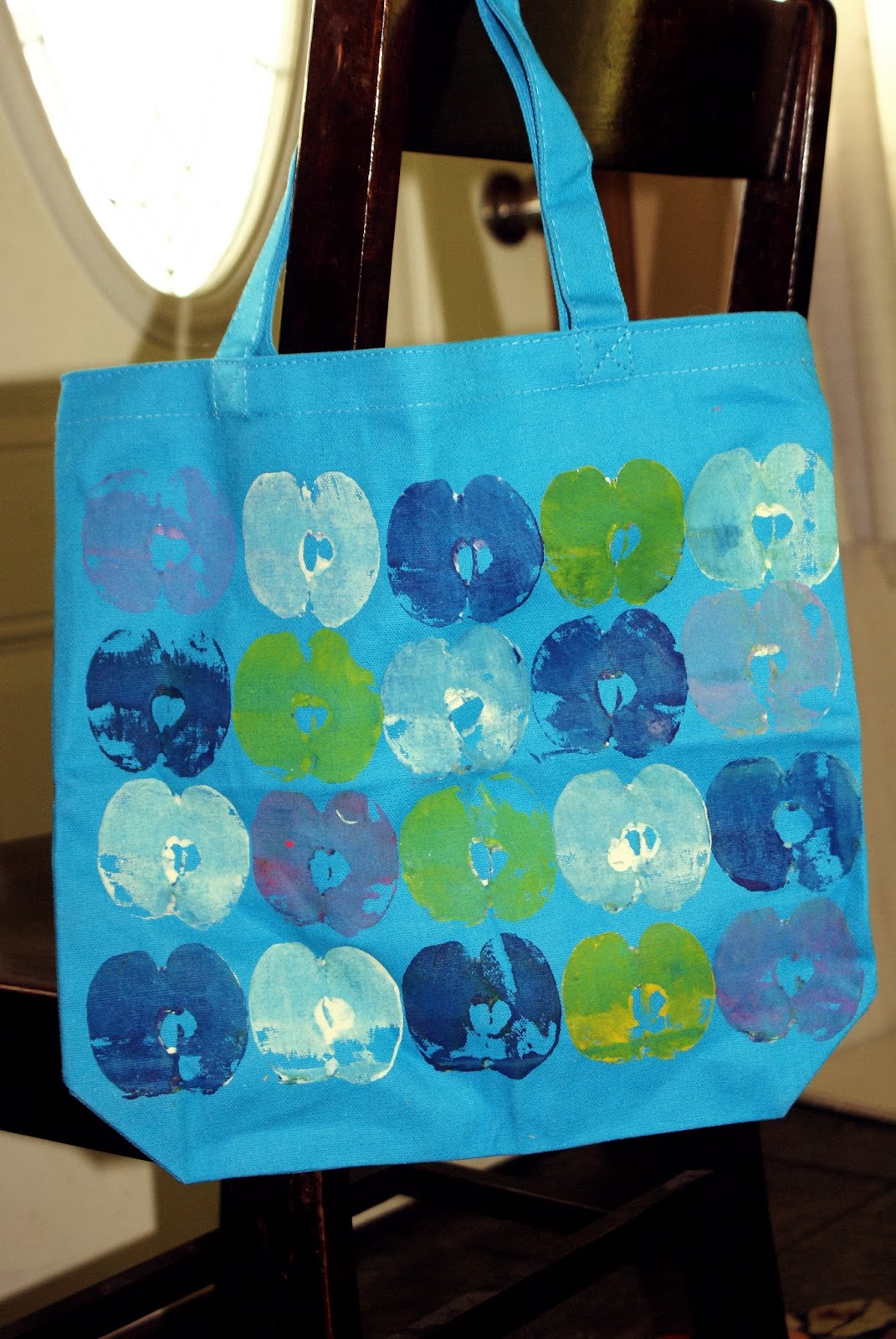 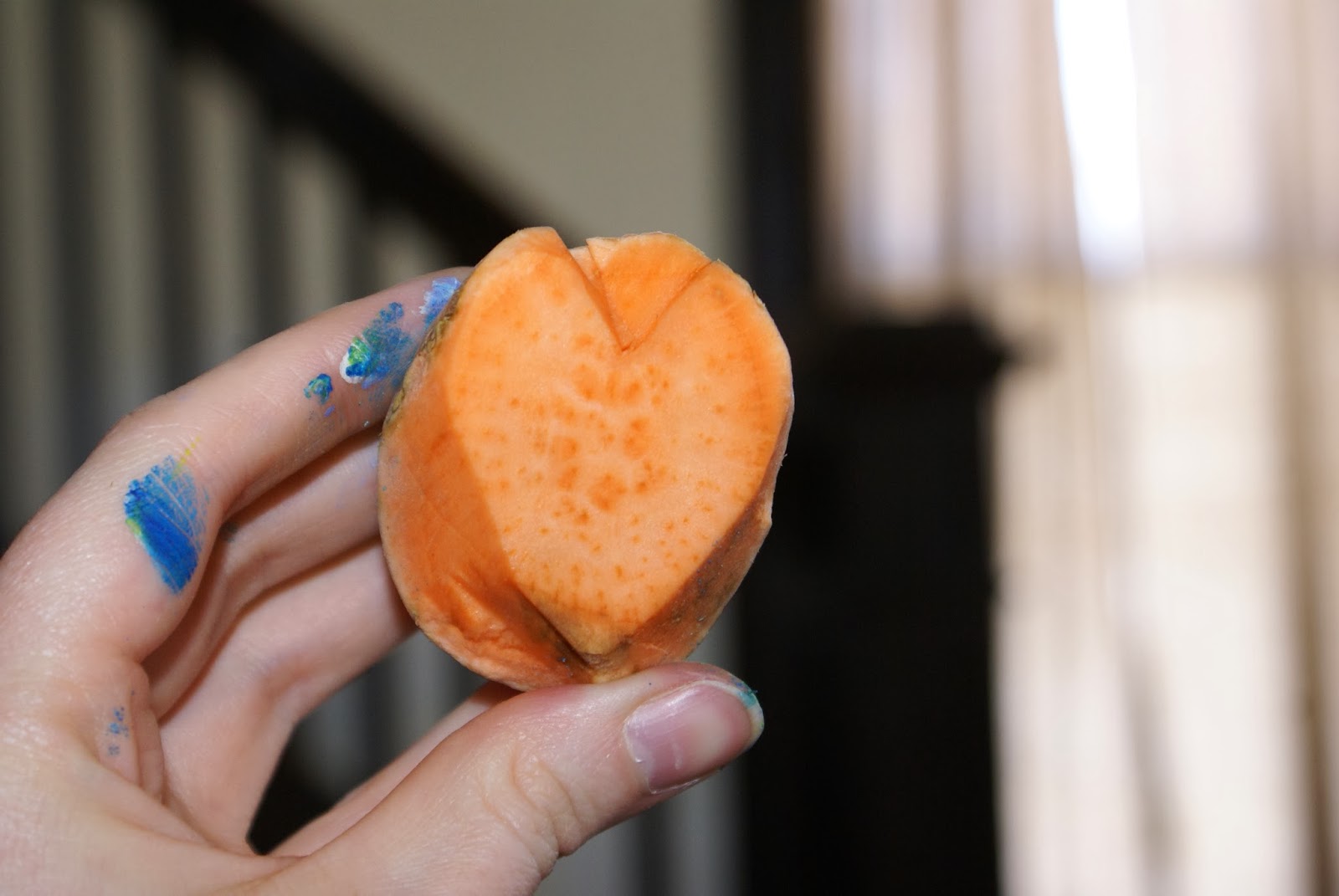 I used a small pairing knife to shape the sweet potato. You could use a metal cookie cuter as your guide, if you wanted to. I just did not have any small enough. 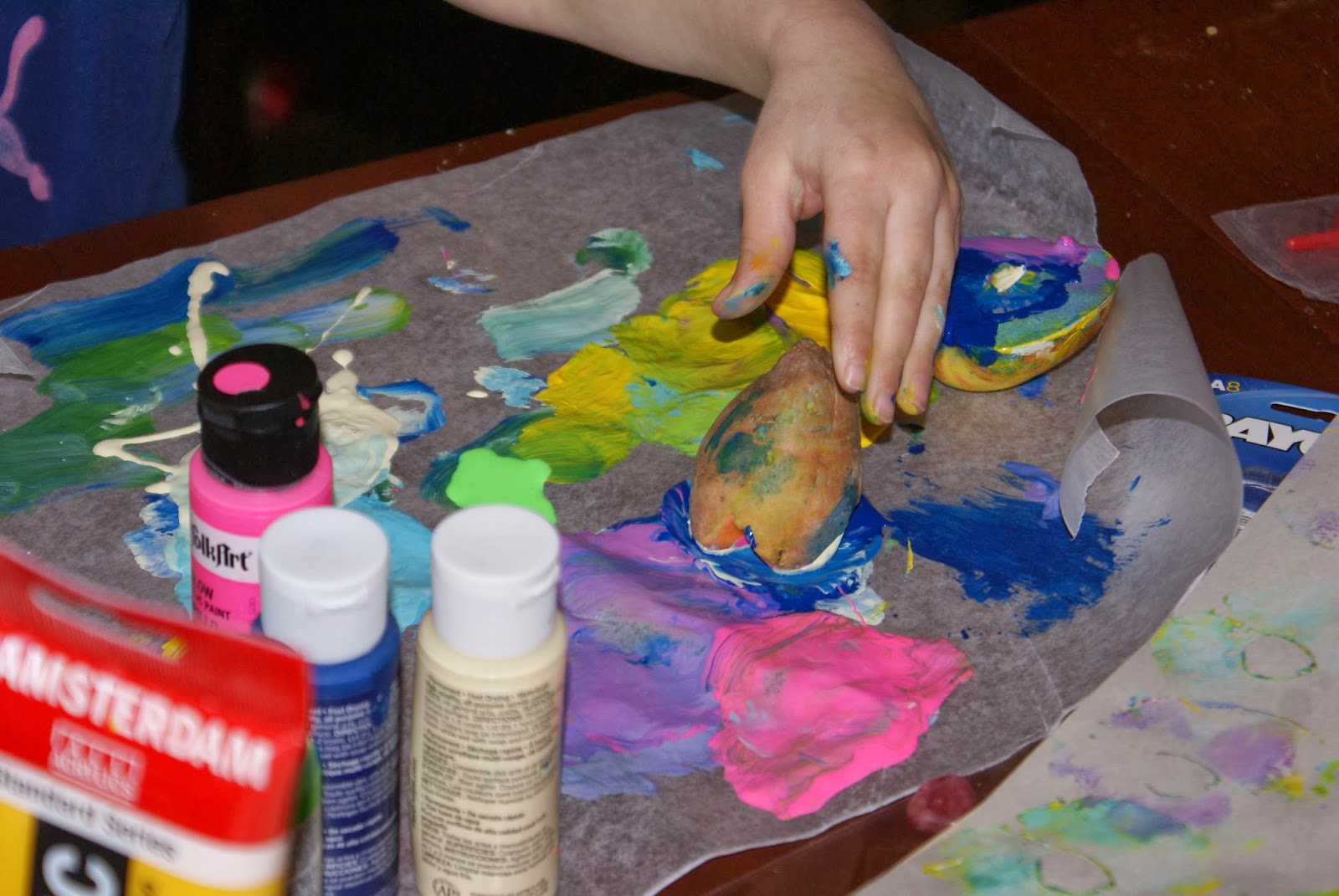 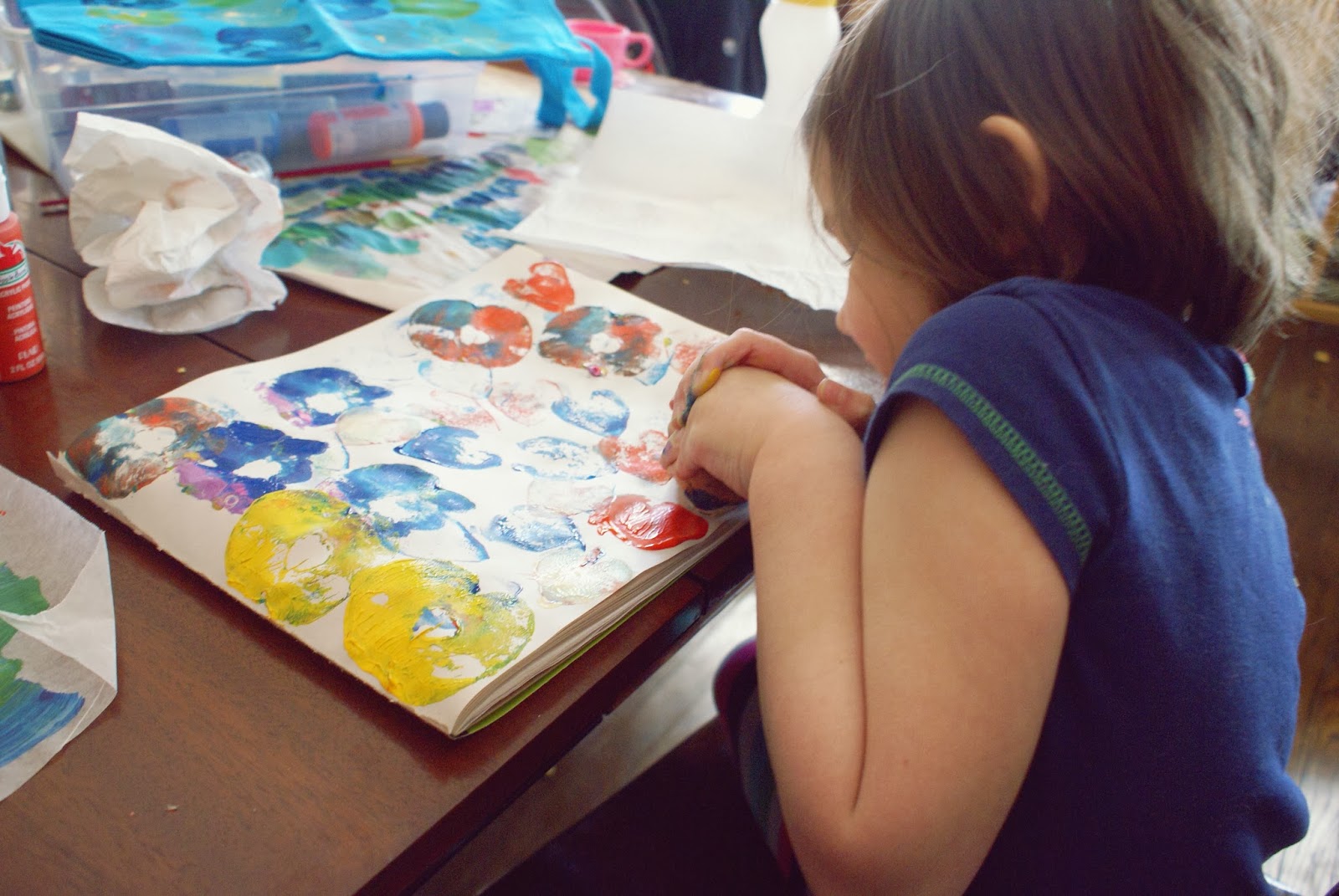 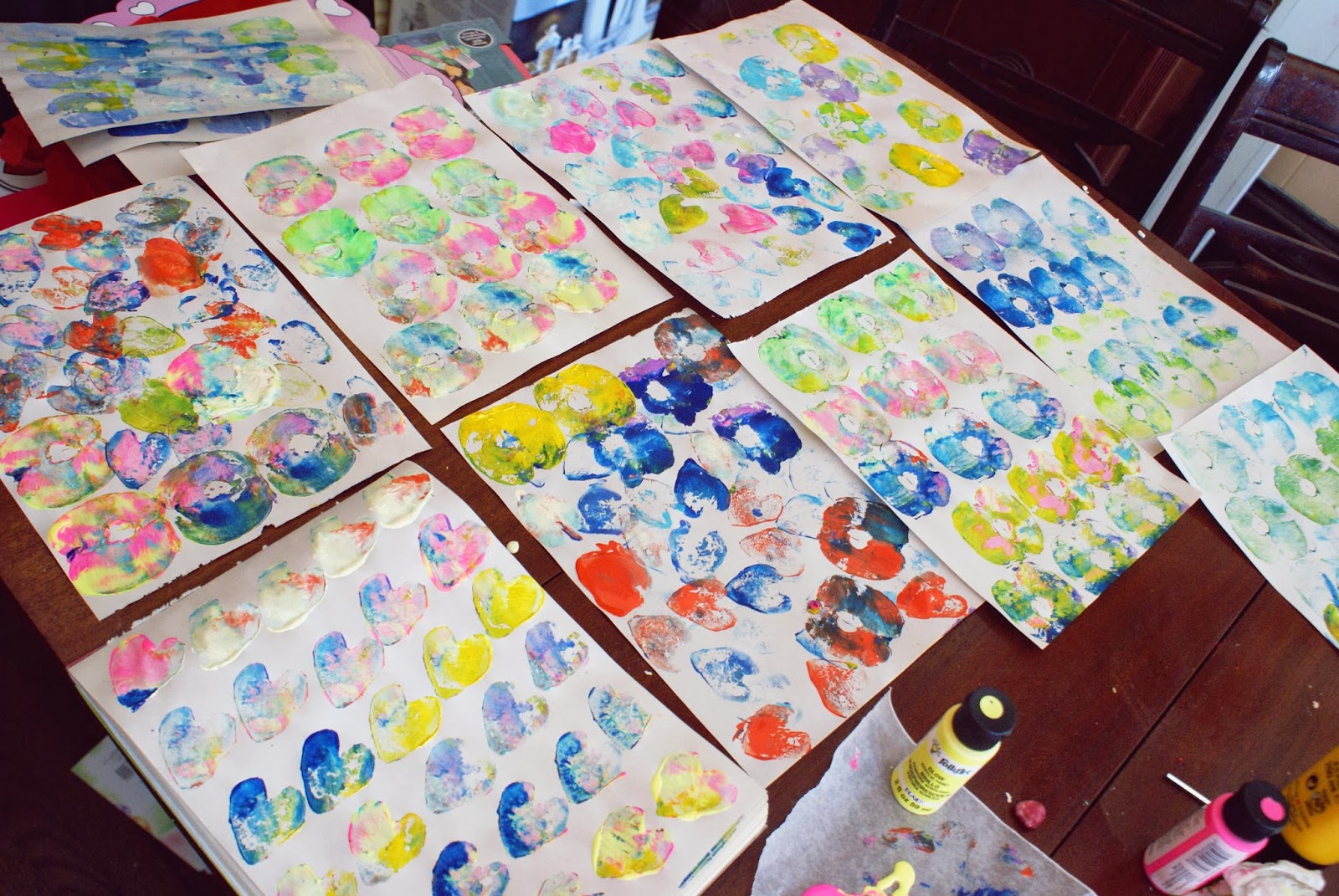 Look at all that wrapping paper! And it glows in the dark too!

Small gifts for the rest of the year are covered! Ha. 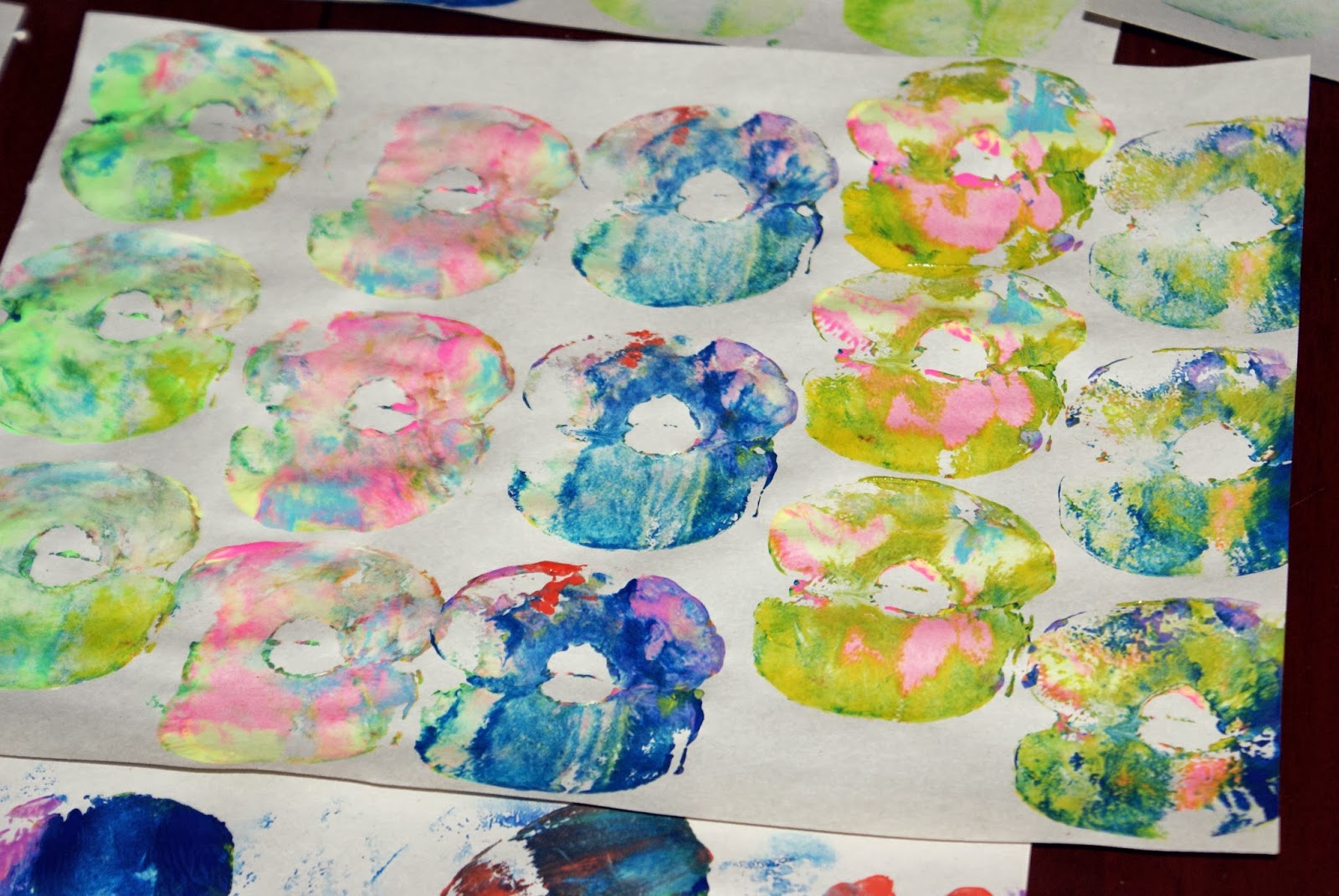 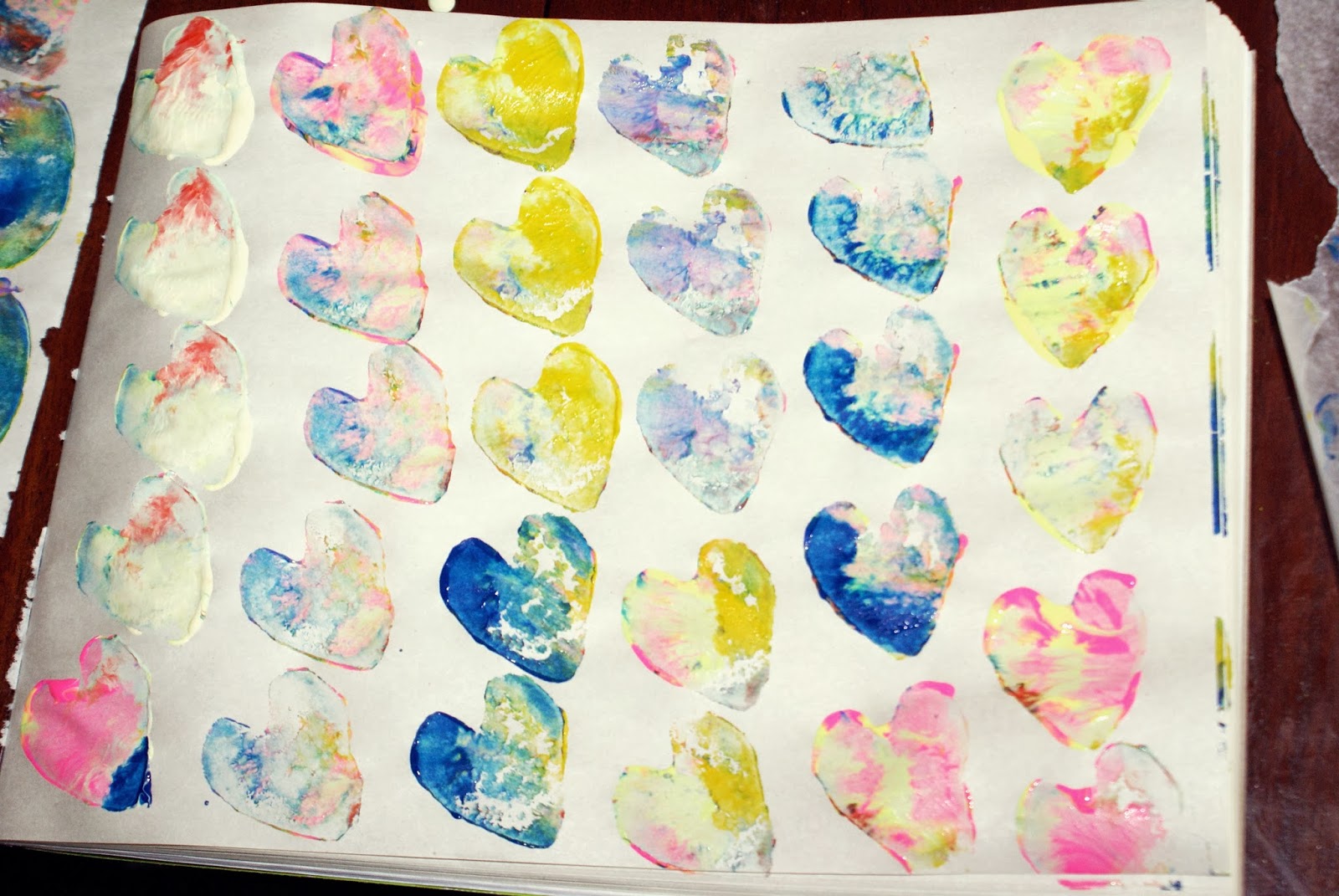 The Kid took a couple pieces of the wrapping paper and created some really beautiful artwork as well. 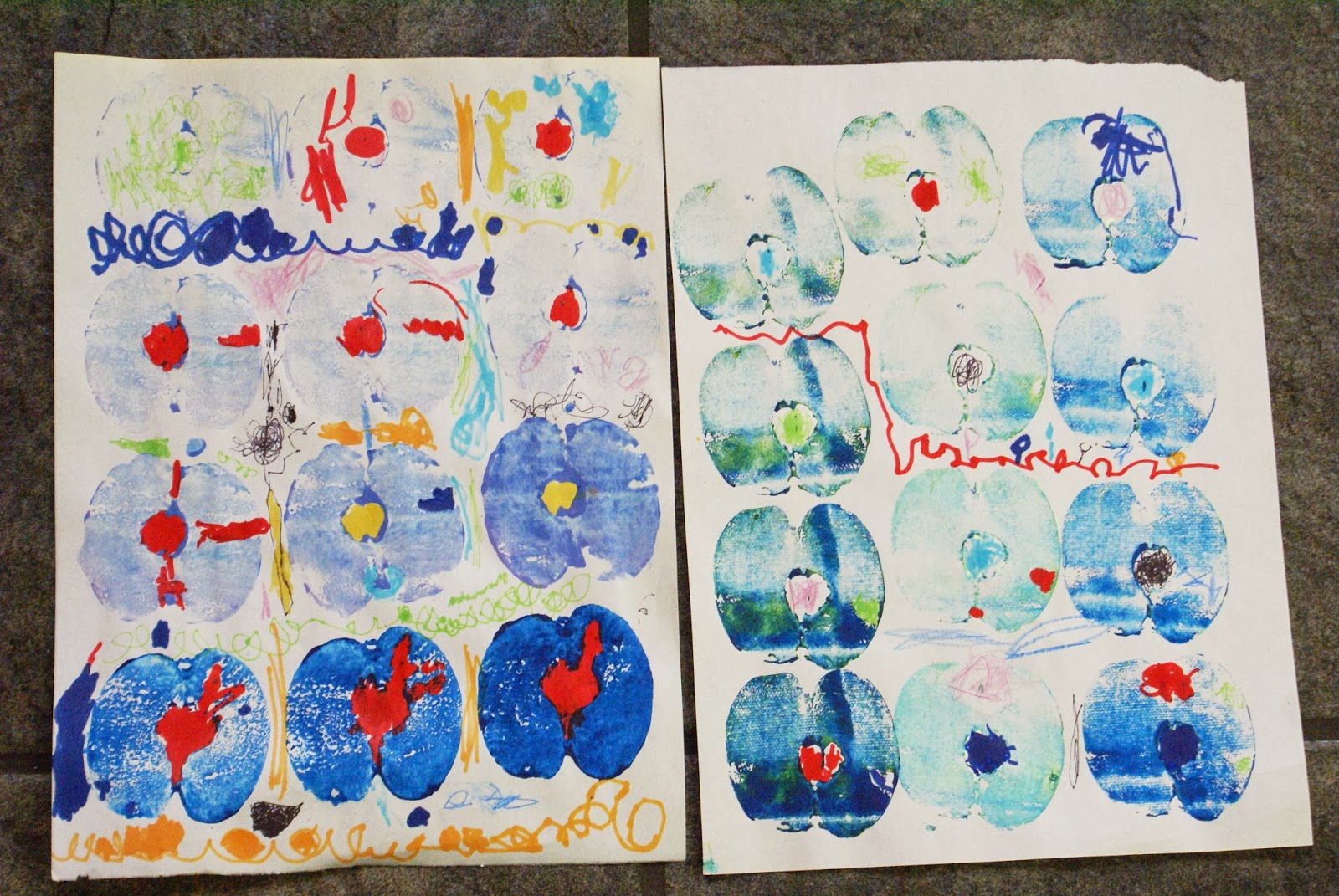 She was so excited about this project that we stamped Valentine cards for the grandparents too. They aren't quite done yet, though. I'll post them when we are through.

So if you're kiddies are bored from being stuck inside this lonnnnnng LONG winter, maybe dig through your produce drawer, see what you've got that's a little on the not fresh side, and try some stamping!

It really is fun. Not only for the kid, but the adult.

Especially if you've eaten four hundred million apples in the past month and you still haven't lost any weight, so that damn apple has it coming...

Posted by Brandy Cupcakes at 6:00 AM