...that would definitely qualify as Cake Wrecks.

So, recently, we had three birthdays in my family, all occurring around the same weekend. I decided to have a little party and make a cake for each birthday boy/girl. They spanned the ages and interests, from 3 to 20's to 60's, so rather than stress myself out with fondant and pretty crap, I decided to take the easy way out and go for funny, as per usual. All cakes and frostings are entirely made from scratch. So cut me some slack, flapjack.

Here's what we ended up with.

For my mother in law,(the 60's) I decided to go with a hunky man topped cake. Hunky man is lying on billowy piles of icing which could be either flower petals, or a huge, sexy floor pillow. I let her decide. This cake was chocolate strawberry with strawberry buttercream frosting. 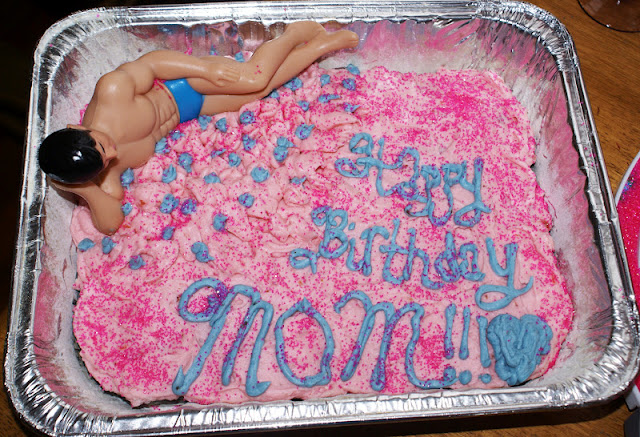 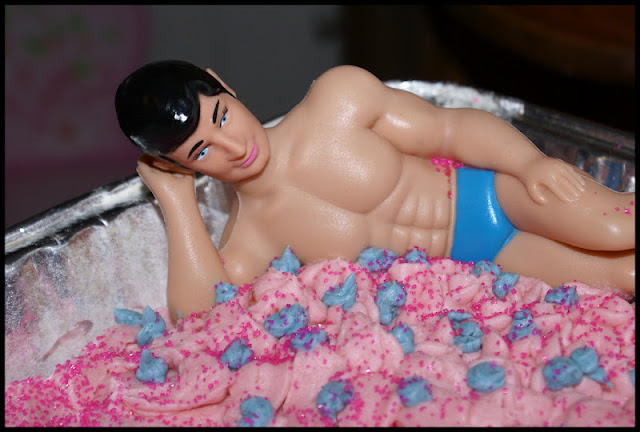 He's sexy and he knows it.

Next up was my brother. I decided to go the same route as Mominlaw's cake. SEX appeal!

So I put a boobtacular little blonde with a  gingham "bandanna" tied around her goods in his "cake". He believes in birthday brownies, so technically, his "cake" was mint cookies and cream brownies. For some reason, the blue "Happy birthday stud!!!" icing bled sometime during the night after I made the brownies...*sadface* 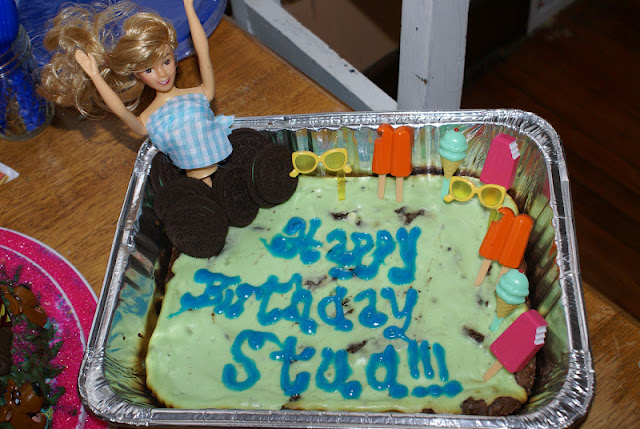 Now, I tried to keep everything PG, but then someone had to go and do THIS- 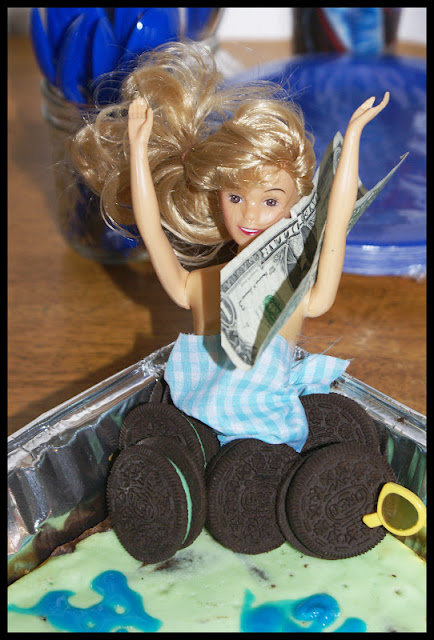 My three year old niece told me that this "barbie" was "inappropriate".

Nobody ever did fess up.

Finally, there was the grand finale of the birthday cakes-my daughter's. The kid is into many things, at this all important time of her life, and I tried to include them all in her cake. Batman, Scooby Doo, glitter, sprinkles, LaLa Loopsy, dirt, rocks, trees, stars, rings and Superman were all on the agenda.

There was really only one way to accomplish this. 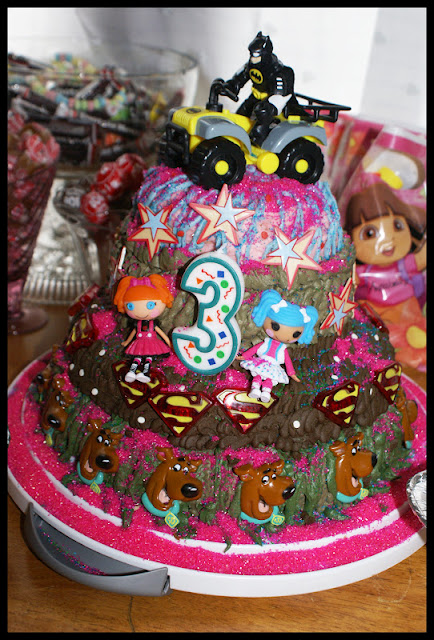 This cake was three tiers of yellow, one of chocolate, with strawberry buttercream, chocolate buttercream and chocolate cinnamon frostings. I thought the thing was a gaudy abomination, but everybody loved it. And we ate cake for an eternity, despite sending truckloads home with everybody else. 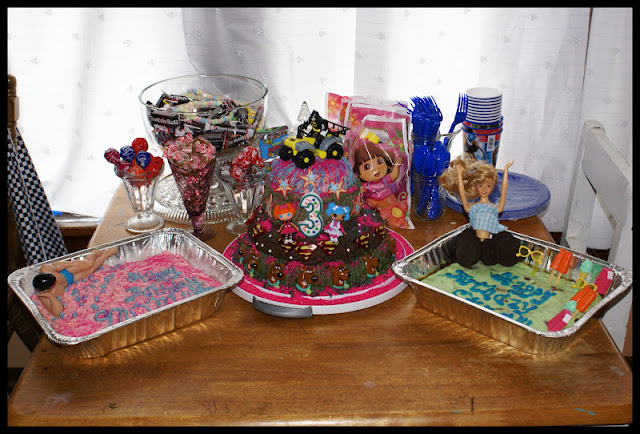 The cool thing about making funny cakes, is that you never disappoint anybody(as long as they have a sense of humor), because everybody laughs. Instead of critiquing your cakes, they are chucking over YOUR fabulous sense of humor.

So, don't be afraid to forgo pulling your hair out over fancy buttercream roses or fondant butterflies and toadstools every once in a while.

Funny can still be quite tasty. Especially when made from scratch. With buttercream and chocolate. And LOTS of sanding sugar...
Posted by Brandy Cupcakes at 8:36 PM